Lindsay Lohan might be in more trouble with California courts after her car accident. The reason? She reportedly lied to the cops about her role in crash. 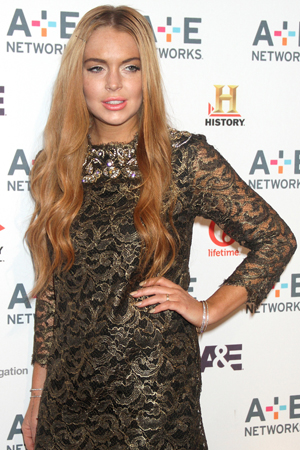 Lindsay Lohan will never learn. The troubled actress is apparently up to her favorite activity again: She reportedly lied about her Friday car accident. The problem? Her fibs were to the cops and that’s a big no-no. Oopsies.

The Liz & Dick actress was involved in a wreck with a semi on the Pacific Coast Highway in Santa Monica last Friday. She was treated and released for minor injuries, but the real hurt could still be coming since the truck driver came forward with some serious accusations.

“The guy took me across the street and told me this was some kind of famous person and they didn’t want to be in the media,” the truck driver, James, told TMZ. “But I’d already called 911 because they were trying to get away from the scene.”

What’s worse? Lohan told the cops that she was a passenger, but her assistant Gavin said she was actually the one driving. If that’s true, her probation could be revoked. You know what that means: More court drama for the actress.

Of course, her rep is saying that everything the truck driver said is a lie and he’s just looking for a payday.

“It seems to me once he realized he wasn’t going to get anything from Lindsay he decided to get cash by telling tales to the tabloids,” rep Steve Hoenig told People. “I hope he got whatever money he was looking for. Personally, all I care about is that Lindsay and her assistant Gavin are okay.”

The truck driver might be lawyering up to sue Lohan, though she might have an excuse for the wreck.

“I can tell you paparazzi was chasing her when she got cut off,” a source told The New York Daily News. That might be true, but can Lindsay take responsibility for her own actions for once?