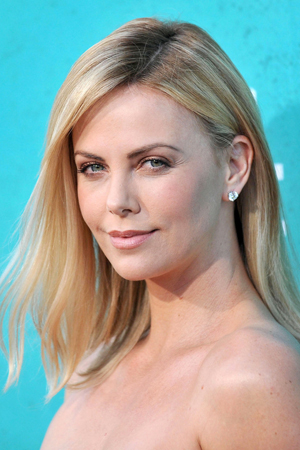 Excuse us a minute while we shed some tears: Charlize Theron has buzzed off her luscious blonde locks. Why would she do such a thing? For a movie, of course. The 36-year-old actress was spotted with the shorn ‘do while taking her adopted son, Jackson, to a doctor’s appointment.

Theron is due in Namibia this month to finally start filming Mad Max: Fury Road with Dark Knight Rises star Tom Hardy. The project was slated for release a few years ago, but various delays put it on the shelf — until now.

“It’s been three years: It’s time to skin this cat already!” Theron told US Weekly while promoting her current film, Prometheus. “I’m very excited about it.”

The South African beauty will play Furiosa in the remake of Mel Gibson’s classic and is then rumored to film her own offshoot, Mad Max: Furiosa, right afterward. Other than that, plot details are slim.

Is Theron ready for the challenge? Oh, yes.

“The original Mad Max created such a vivid world, so to go back and reimagine it and replay in that sandbox sounds like fun to me,” she said earlier this year. “It’s a really challenging piece of material.”

The Snow White and the Huntsman evil queen has worked on quite the diverse film load over the last few years — and that’s exactly how she wants it.

“With everything from Young Adult to Prometheus, I feel very creatively satisfied, especially going in to Mad Max,” Theron added to US Weekly. “I feel very lucky.”