After being sent home on last week’s episode of The Bachelorette, Nate Bakke shares his thoughts with SheKnows on the season, the guys and who he hopes will win the final rose. 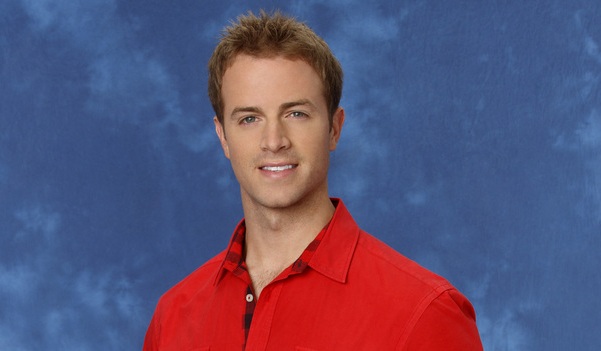 Los Angeles cutie Nate Bakke may not have gotten a rose on last week’s episode, but he won our hearts with his sweet comments about friends and family during his two-on-one date with Bachelorette Emily Maynard.

Now the 25-year-old CPA is sharing his thoughts on the experience with SheKnows, and telling us exactly what he thinks of the guys left in the house:

SheKnows: Which of the guys in the house were you closest to, and why?

Nate: I was on good terms with all of the guys in the house and I’ve created some good friendships during my time on the show. Sean, Alejandro, Charlie, Travis and Arie were the guys still around that I enjoyed hanging out with the most. We all seemed to see eye to eye during whatever drama happened in the house.

SK: Who did you think was there for “the wrong reasons?”

Nate: It’s hard to tell. Each of the guys seemed to be really interested in Emily based on our discussions. However, after watching some of the episodes I could start to see how some of the guys may have approached this as a competition and not necessarily a relationship. Ryan and Chris were very competitive from that aspect and I think their egos may start to come into play.

SK: Are there any guys that you think aren’t ready to be a father?

Nate: I have a tough time picturing Kalon stepping up and being a father to Ricki. Kalon has a lot of good characteristics, but I just don’t think he is ready for that. At the same time, I think it would be tough for any of the guys other than Doug to truly understand the responsibility that comes with being a father.

SK: About those guys… what do you think of Doug?

Nate: Doug is a really nice guy and obviously ready and able to be a father to Ricki. We joked on the show and gave him the nickname “Humble Doug” because he always hated getting compliments and was very humble (i.e. First Impression Rose, biggest guns in the house, etc.).

Nate: Sean is a really great guy. Sean ate about ten egg whites every morning, and was basically the house trainer and nutritionist. He’s got a good head on his shoulders and he’s a genuine dude. If I had a sister, I would want her to date him.

Nate: Jef is exactly what you see — a funny and quirky dude. At first, I don’t think most of us thought he would make a big impression in Emily’s eyes. He definitely surprised me the most and I think he is going to be a big contender in this. Jef has a strong confidence in himself and I think Emily sees that.

Nate: Arie and I actually went to the same high school in Scottsdale, AZ, and I think we were raised with similar morals. Arie is a funny guy and he always had some witty “one-liners.” Emily had a very quick attraction to Arie, which I think stumped a lot of guys in the house. I actually saw firsthand Emily and Arie kissing during the 3rd episode, which opened my eyes to the situation. After seeing that, it was difficult to have the same outlook. Not many of the guys in the house thought she would kiss any of us that early in the game.

Nate: Kalon is a unique guy. He obviously is very opinionated and isn’t afraid to say what he thinks.

Nate: Ryan is a very confident guy, but at times can come off arrogant. If asked a question, Ryan could go on for days about his thoughts on the topic — this definitely started to annoy the guys in the house. Ryan was also very religious and he was very verbal about it. Ryan has good intentions but I think his ego can get in the way sometimes.

SK: Did you see a future with Emily?

Nate: Emily is such a sweetheart and she has a lot of things that I look for in a woman. However, for the time I got to spend with her, I didn’t feel that connection needed to want to spend the rest of your life with someone, and apparently she felt the same way. I want to be a father more than anything in the world and I want to have kids with the girl of my dreams, but I want that maybe down the road. I would ideally want to travel and experience more of the world before I go down the path of fatherhood.

SK: Who do you hope wins?

Nate: I hope Sean wins. I think he is a standout guy and I think they would make a good couple. I just hope whoever wins, that they are ready for babies. In speaking to Emily, I remember her saying she wants tons of babies and SOON!

SK: If you had the opportunity, would you do it again?

Nate: Given my circumstances at the time — ABSOLUTELY! I had an amazing once-in-a-lifetime experience and I am glad I did it. I may not have found love with Emily Maynard, but now I am one step closer to finding the woman of my dreams.

Tune in tonight to ABC’s The Bachelorette to watch Emily Maynard get one step closer to finding true love!