The sexy comedic actress Malin Akerman plays the love interest to a very buff Tom Cruise in the latest Broadway musical to hit the big screen, Rock of Ages. 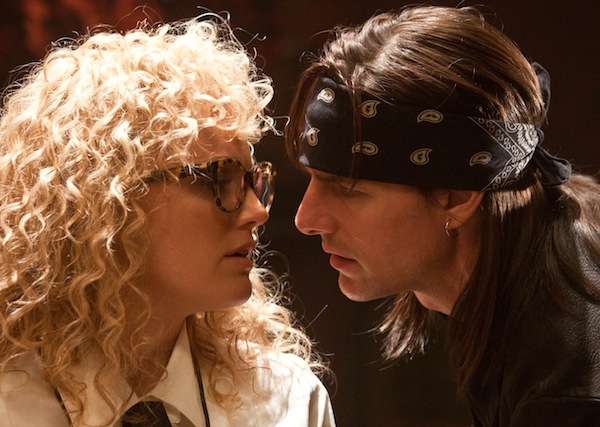 “Serenading me with a guitar, maybe, but singing into my butt… ? No, I never thought that would happen,” actress Malin Akerman says of straddling a pool table in a white bra and panties and having Mission Impossible himself sing into her booty. But hey, it’s Hollywood. And anything is possible when you’re working with Tom Cruise, right?

This comedic love scene where Akerman plays a buttoned-up journalist and Cruise plays rock legend Stacee Jaxx, takes place in the new musical Rock of Ages. Akerman admitted she wasn’t sure exactly what she would be doing when she signed up for the part. But as long as Cruise was game, the 34-year-old actress told SheKnows during a press interview, she was, too.

So, how did they get on a pool table with her booty in the air? They started with lots of tongue. 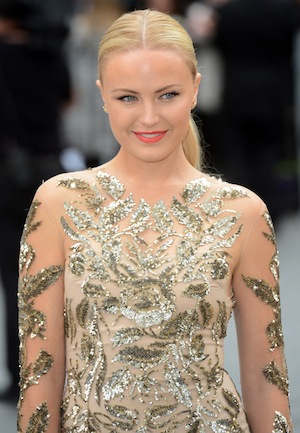 In keeping with the spirit of musicals, Akerman and Cruise did a number of rehearsals (poor Malin) to make sure their love scene was choreographed just right. They started with the kissing. “The tongue in the ear singing thing was invented during the rehearsals,” Akerman says. “I think any time something comes about that we find funny… it’s sort of a sign that I think the audience is going to love it, too.”

“I don’t know if it’s sexy or gross,” she said of the scene where they do an elaborate tongue dance, their faces pressed together. It’s quite the number. The director, Adam Shankman, apparently told them to make it as outrageous as possible. “If you have to lick her eyeballs, I don’t care,” Akerman says Shankman told her. “Just go crazy.”

When one reporter asks if Akerman had to go to a tongue acting coach, she says, absolutely not. “I’m Swedish,” she boasts. “I watch dogs, I know what they do…” she laughs, but immediately gets a little pink. “It’s embarrassing,” she says. “That was such a crazy scene.”

But Akerman wouldn’t have traded it for the world. The chance to work with one of the biggest movie stars in Hollywood is one she couldn’t pass up, no matter how much time she spent with her butt in the air.

“I was amazed at his sense of humor and how far he wanted to go,” she says of working with Cruise. “That’s why he is who he is, that’s why he’s had such a long career, because he’s game. He’s game for anything.”

“Every time we called cut, it was 50 shades of red…,” she says, “laughing our asses off.” Literally, or underpants, at least. “Because it’s such a weird moment when you have to do that kind of thing. There is no music on, it’s completely silent on set and all these extras are watching and all you can hear are tongues,” she says.