Bristol Palin’s reality show debut is imminent! On June 19, the single mother and her “little terror” of a son are scheduled to invade reality television, courtesy of Lifetime. Does Sarah Palin approve? 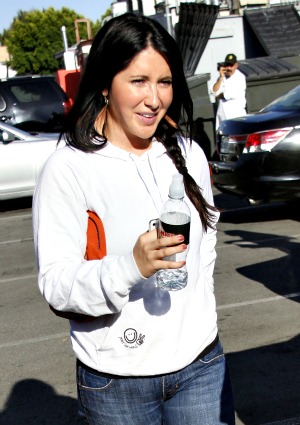 The debut of Bristol Palin‘s reality show is nearly upon us, so what can potential fans expect come June 19 when Bristol Palin: Life’s a Tripp! premieres? A little bit of tough chick, served up with a side of calling for mama!

For 10 half-hour episodes, the public is invited to watch Bristol Palin and Tripp, her 3-year-old son with ex-fiancé Levi Johnston, live life in the public eye.

Speaking of having cameras in her life, Bristol Palin told Good Morning America‘s Robin Roberts, “I don’t really think you get used to all of it but Tripp was used to it the whole time. He didn’t care if the cameras were there or not. He’s still going to be rowdy, he’s still going to be a little terror, but it was fun. It was a lot of fun.”

As for how her mother, Sarah Palin, feels about her daughter and grandson being on reality television, the 21-year-old shared, “You know, she supports me and she knows that I have good judgment so she is definitely in support of it.”

Bristol Palin had the chance to show off just how protective of her mother she is when a man in a bar spoke ill of the former vice-presidential candidate while cameras rolled. Of the heated exchange the young mother explained Monday:

“I think if somebody is going to talk poorly about my mom, I am going to pick and choose my battles and a battle like that, I chose to confront him and see what the real problem was, and I’m excited for viewers to see the real me in that, because I’m sitting there all tough and shaking and I’m acting tough and instantly when it’s over, it’s like, ‘OK, there’s the real Bristol,’ because I am calling my boyfriend, I’m calling my mom. ‘Ah, get me out of here,’ people are going to see the real Bristol in this show.”

“I think I have tough skin and I know that God is on my side and my faith is everything to me. It’s just the root of my life and my family’s life and I think it will do well,” Bristol Palin added. “And when people are talking poorly about me, I think it just gives me more motivation to want to do more and want to speak up even louder and they’re just not doing themselves well by doing that.”

Check out a clip from Bristol Palin’s reality show below!

Will you be watching Bristol Palin’s reality show debut on June 19?