Even those close to Lady Gaga can’t believe she went on to perform 16 songs after a backup dancer accidentally hit her on the head with a large pole mid-concert in Auckland. 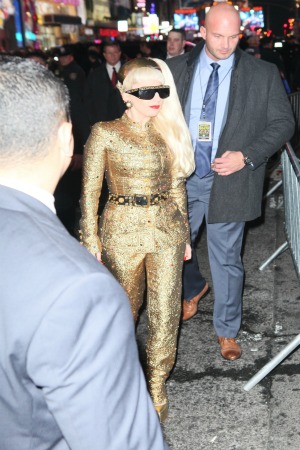 “She is going to be okay,” Tara Savelo tweeted. “She wants u to know she loves u. I’m taking care of her. Can’t believe she finished the show.”

There is good reason for Savelo to be awestruck.

In a video from the concert, a backup performer unknowingly strikes Gaga over the head with what appears to be a large pole during “Judas.” Ever the consummate performer, Gaga touches her head once and then continues to pick up a prop shaped like a machine gun as if nothing happened.

Always thinking of her fans, Gaga apologized and announced: “I did hit my head and I think I may have a concussion, but don’t you worry, I will finish this show.”

She then went on to do just that — performing 16 more songs before giving the country what turned out to be a most memorable kiss-off.

Even Madonna, who has taken very public jabs at the singer for what the pop legend characterizes as Gaga ripping off of her, has to give her some credit after this — if not for creativity, for being one of the hardest workers in the biz.

Then again, Madge may still be reluctant to do so after MTV reports Gaga shot back at the elder idol during other recent shows Down Under — at one point ending “Born This Way” (which Madonna claims is a rip-off of “Express Yourself”) by chanting: “She’s not me.”