The sequel to the much-loved lost zoo animal film beats the sci-fi thriller from Ridley Scott in a box office showdown that had everyone guessing who would be number one this weekend. Animals win! 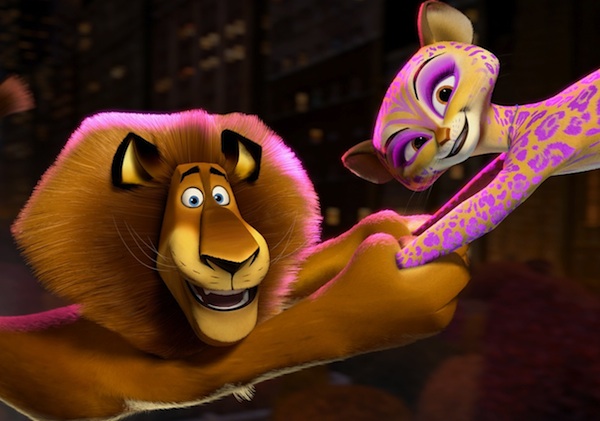 It just goes to show that audiences are more interested in characters they’ve seen before versus ones they know nothing about. Not even the ominous trailer for the deep space thriller, Prometheus, could pull fans away from a horse in a rainbow wig in Madagascar 3. Can you blame them?

Madagascar 3: Europe’s Most Wanted earned an estimated $60.3 million at the box office, according to The Los Angeles Times, bringing it to number one for a week where there were more than a few good choices for audiences.

Prometheus, the Ridley Scott space exploration thriller starring Michael Fassbender, Charlize Theron and Noomi Rapace takes audiences on a wild ride through space and time in a search for the origins of mankind. It grossed $50 million bringing it in second, just slightly behind our friends from the New York zoo.

Movie review: Move over HAL, David Version 8 is on Prometheus >>

Dropping two spots from last week, the Kristen Stewart and Chris Hemsworth dark fantasy Snow White and the Hunstman came in third with an estimated $23 million according to The Wrap.

Movie review: Snow White and the Huntsman gives us Kristen the warrior princess >>

Men in Black 3 also slipped a spot coming in fourth this weekend with an estimated $13.5 million. For the film about going back in time to find Tommy Lee Jones now looking at lot like Josh Brolin, audiences still made the trek. Apparently, it doesn’t matter to Will Smith who his partner is. He makes the whole thing a fabulous, fun ride back to the 1960s.

The Avengers held its audience captive for the sixth week in a row. The story of caped crusaders teaming up to save the planet earned an estimated $10.8 million, bringing it in at number five this week at the box office. Overall, the movie has earned nearly $1.4 billion dollars worldwide. Now that’s a superhero movie you can get behind.

Coming in sixth with $3.2 million is Best Exotic Marigold Hotel, the story of a group of retirees who go to India for rest and relaxation only to discover nothing but chaos instead. Sounds like it makes for a better movie than a vacation. Sorry, Judi Dench!

Movie review: The Best Exotic Marigold Hotel is anything but that >>

What to Expect When You’re Expecting, the movie about moms dealing with first-time pregnancies, maintained a following with $2.7 million, bringing it in at number seven this week at the box office.

Movie review: What to Expect When You’re Expecting is full of belly laughs >>

Rounding out the top 10 are Battleship at number eight with $2.3 million, The Dictator at number nine with $2.1 million and the newest indie sensation from director Wes Anderson, Moonrise Kingdom at number 10 with $1.5 million.