Gibb is the second of three brothers to pass away. Robin, Barry and Maurice Gibb founded the Bee Gees in 1958. 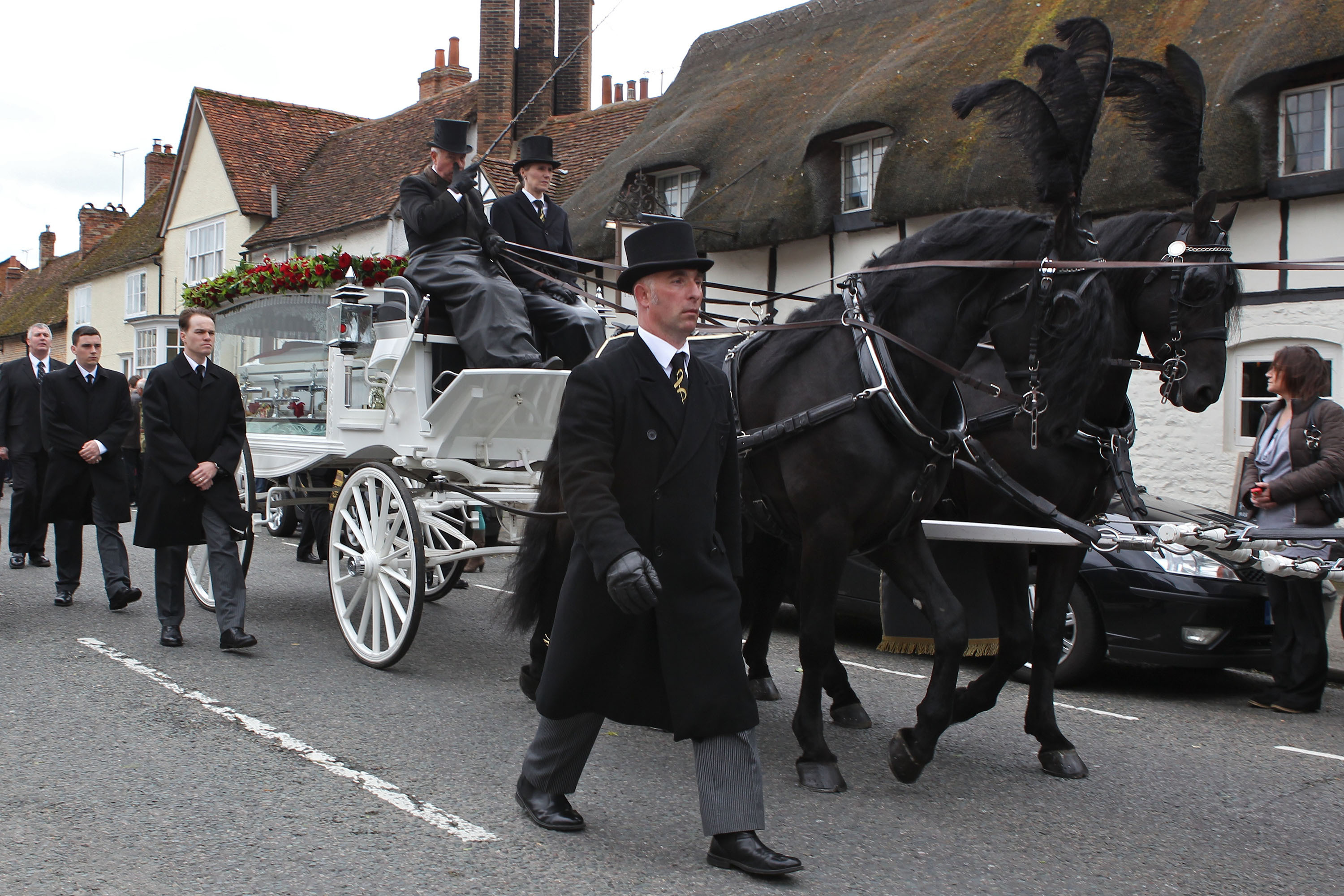 Two weeks after his death, Robin Gibb has been laid to rest.

The 62-year-old singer passed away May 20 after a battle with cancer. Gibb’s twin brother Maurice passed away in 2003, leaving Barry Gibb as the only surviving member of the group the Bee Gees.

The funeral took place in Thame, Oxfordshire, England on Friday and was led by a procession of a horse-drawn carriage. Dwina Murphy-Gibb, Robin’s wife and Barry Gibb both attended the funeral.

“So many people loved this boy, so many illustrious people are here that loved him. And that is such a pleasure to witness,” Barry Gibb said, according to E! News. “The three of us have seen a lot of crowds but I’ve never seen so much love in one crowd as I’m looking at today — for Rob, you know, for the music. And it’s an intense experience for me.”

Gibb had been battling both liver and pancreatic cancer for years. In April he had entered into a coma after a bout with pneumonia, and had been given a 10 percent chance of survival.

But he shocked everyone when he awoke and said he was ready to start making music again.

The Bee Gees was formed in 1958 by the three brothers. They sold over 110 million albums in their career and were responsible for such hits as “Stayin’ Alive,” “How Deep Is Your Love,” “Massachusetts” and “Night Fever.”

The soundtrack to Saturday Night Fever still remains the best-selling soundtrack of all time.

“He is really happy. He just wants to get out [of the hospital,” his wife Dwina told ITV News just after he had woken up.

But less than a month later he was dead, killed by the disease he had been fighting for years.

“Life is too short. In Robin’s case, absolutely too short, Gibb said, according to BBC News. “We should have had 20 years, 30 years of his magnificent mind and his beautiful heart.”