How does Chris Hemsworth feel about his brother’s engagement to Miley Cyrus? Well, he hasn’t officially weighed in on the news, but he did say earlier this year that he thinks they’re too young. 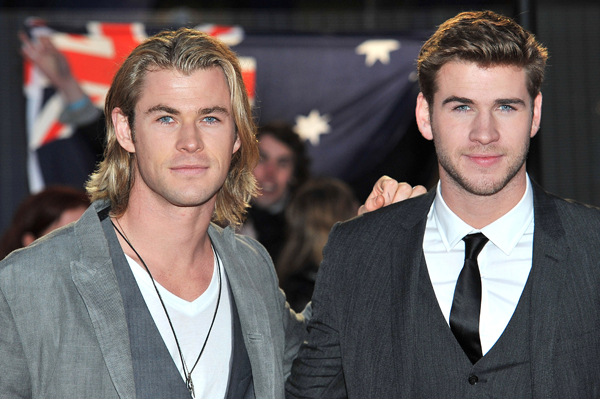 Super-sexy actor Chris Hemsworth apparently thought his younger brother, Liam Hemsworth, had more sense than to get married at such a young age. Chris, 28, told E! Online at the premiere of The Avengers in April that he figured it wasn’t happening.

“They’re like 21 or something… I can’t see that happening,” he said. Finally, someone with some sense! We have to wonder how well he knows his brother, since Liam did propose to Cyrus earlier this week with a huge Neil Lane sparkler.

The older Hemsworth was 27 when he married Spanish actress Elsa Pataky in December 2010. The couple was still young, but their union is more common than marriage at 19 and 22.

Will Chris’ feelings have any impact on his brother’s upcoming marriage to Cyrus? Not likely — the two are so “in love.”

“Life is beautiful,” Cyrus tweeted after the engagement news went public. “Thank you for all the love today 🙂 I’m happy to share this news with you all. I feel like all my dreams are coming true.”

Even the Hannah Montana star’s parents — ever the enablers — are down with the wedding.

“All I ever hoped for as a daddy was to see my kids reach their dreams,” Billy Ray Cyrus tweeted. “To find happiness… peace of mind… and someday know… true love.”

Billy Ray and wife Tish are a bit worried about their young ages, though.

“He hopes that they aren’t in a rush to get married,” a source told RadarOnline. “Billy Ray hopes the engagement will be very long, but he isn’t opposed to the marriage at all.”

We really hope this works, but about 90 percent of our friends who married between 18 and 22 are now divorced. Can they beat the odds? To be continued…