Anderson Cooper weighed in on Amanda Bynes’s Twitter plea to President Obama. His response? “Who is Amanda Bynes?” 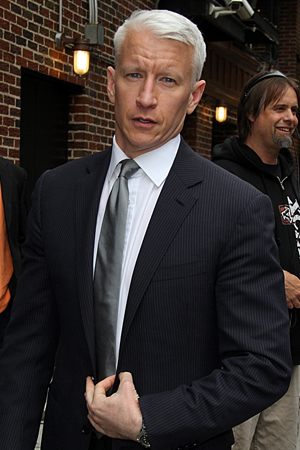 You know how Amanda Bynes tweeted to President Obama earlier this week to try to get her DUI arresting officer fired? Turns out we’re not the only people who think this was ridiculous. CNN anchor — and totally adorable talk show host — Anderson Cooper took time out of his show Thursday night to rag on Bynes’s tweet.

“If you don’t know who she is, join the club,” Cooper said on Anderson Cooper 360 of the actress. “She apparently used to be on Nickelodeon, then was in the movie Hairspray and some other movies that you’ve probably never heard of. . . We’re not making light of the charges against her — it’s serious stuff. But the reason why she’s on The Ridiculist is because like any sensible, quasi-celebrity, she has taken to Twitter to defend herself.”

If you forgot, Bynes issued a plea to President Obama because she feels her DUI charge is bogus.

“Hey @BarackObama… I don’t drink. Please fire the cop who arrested me. I also don’t hit and run. The end.”

“I know what you’re thinking: basically anything is more important than Amanda Bynes’ tweets. I just want you to be clear on the bar that we had set,” Cooper explained. “For example, we learned today Miley Cyrus is getting married to Hunger Games star Liam Hemsworth. Now on an ordinary day, Ms. Cyrus’ engagement would just be a standard celebrity news item. But when compared to Amanda Bynes’ tweet, it is basically Watergate, the moon landing and the Oscars all rolled into one.”

Joking aside, he added that he wished her well.

“I wish her the best,” Cooper said. “And Ms. Bynes, if you want to keep tweeting the President, that is certainly your right. But maybe you could even give him a call. Just be sure to leave him your number so that he can contact you on The Ridiculist.”

As for Bynes? She’s still in denial about the whole thing.

“I can’t help but laugh at all of you writing fake stories about me,” she tweeted after writing the President. “I was not in any hit and runs. I don’t drink so the DUI is false.”

What do you think of Anderson Cooper’s mocking of Amanda Bynes: Hilarious or mean?