Shirley MacLaine is a living the legend and the American Film Institute knows it. This week, the Oscar-winning actress was honored with AFI’s Life Achievement Award and praised by her movie peers. 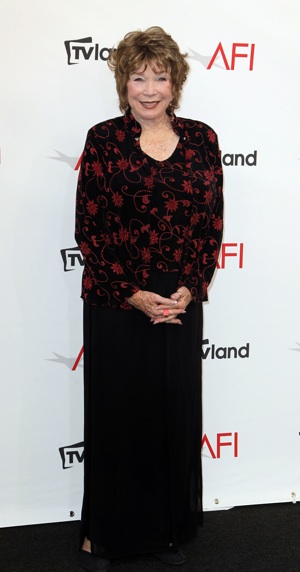 When it comes to entertainment, no one’s more versatile than Shirley MacLaine. She’s an actor, singer, dancer, director and writer who’s spent over 50 years in Hollywood.

That’s why it’s no surprise that she’s been honored with the American Film Institute’s Life Achievement Award.

Thursday in Los Angeles, MacLaine was the toast of the event, which was attended by Jack Nicholson, Julia Roberts, Jennifer Aniston, Steven Spielberg and John Travolta.

It was Travolta’s first public appearance after being accused of sexual misconduct by a masseur. According to E! Online, the actor didn’t sit in the audience. He simply appeared on stage and shared some kind words about MacLaine.

Travolta spoke about the legend’s humble beginnings as a dancer, and praised her status as a jack of all trades.

“Shirley MacLaine is first a dancer, and when you move from Broadway to film to television to writing to directing, you have to move to these things with the grace of a dancer. To train and push harder than you ever thought you could.”

When MacLaine took the stage, she was deeply moved. She paid homage to the most important people in her life, who sat with her during the ceremony.

“I want to thank and pay tribute to the women at my table,” MacLaine said during her acceptance speech. “Because they’ve been my compadres, my other half of the sky, my sustained belief that women who speak their truth will make the world a better place.”

You can watch Ms. MacLaine receive her AFI award June 24 on TV Land.