The vampires are back on HBO. This weekend, the fifth season of True Blood debuts with loads of drama, death and returns. Co-star Kristin Bauer van Straten gives a sneak peek of the tumultuous episodes ahead. 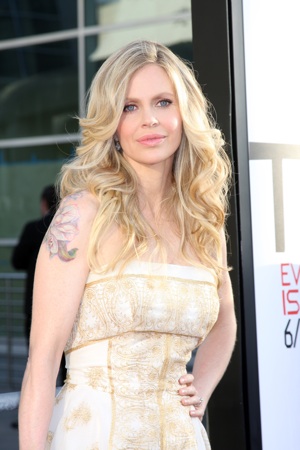 The wait is (almost) over. True Blood returns with all-new episodes this Sunday on HBO. But before delving into the vampires, werewolves and fairies we’ve got an inside scoop.

Pam and Eric (Alexander Skarsgard) have been thick as thieves for decades. But at the end of Season 4, their relationship became strained. So this year, will they forgive and forget?

“The way that they wrote it really explains what we know of Pam. You get to see why she is the way she is, why this is the one person for her, why she’s so unsympathetic, and what her life as a human was.”

She continued, “It also explains why she’s the least apologetic of the vampires. She and Eric are very happy vampires. They really don’t lament losing their humanity. It was the perfect structure of who she is in a really efficient, dramatic way — and touching. It’s really amazing the backstory they came up with.”

True Blood’s vampire king is back >>

Bauer van Straten also revealed that Pam has to make a serious choice this season. She’s put into an uncomfortable position that throws her off her game.

“She has to make a bargain to get something she really wants. She’s in a situation that creates a lot of conflict, which is really great writing and really fun to watch and really fun to play. It’s quite a ride this year.”

What can it be? Who could have Pam against a wall?