SheKnows goes backstage at the premiere taping of Bethenny Frankel’s new talk show, bethenny, and gets answers to those persistent divorce and pregnancy rumors! 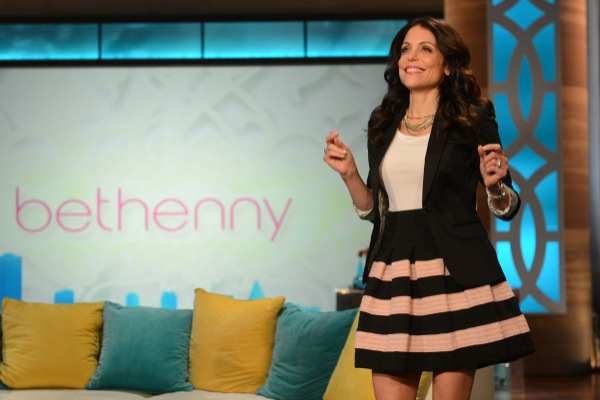 Bethenny Frankel has never been very private about her personal life. And now, with her new daytime talk show debuting on Monday, the reality star is opening up even more.

SheKnows was invited to the premiere taping of Frankel’s new show bethenny where we were let in on the truth behind some recent rumors about the host.

With her husband Jason Hoppy grinning in the audience, Bethenny announced that the couple is most certainly not getting a divorce.

“I put it all out there on my show,” the former Real Housewife of New York told the crowd. “If it’s out there I’ll tell you. I’m in a good marriage. We have issues and we’re not perfect, but, we work on it every day. We’re committed.”

One issue that they clearly need to work on is their preferences after, cough cough, sex.

Frankel had said her new show will be racy, and this first episode proved that. In a segment with sexpert Dr. Raj, Bethenny’s husband Jason was among the first guests to contribute a question to the convo.

Hoppy asked Dr. Raj what he and Frankel can do about the fact that following sex, he wants to sleep and she wants to chat. We’ll let you find out for yourselves Monday what advice she provided! 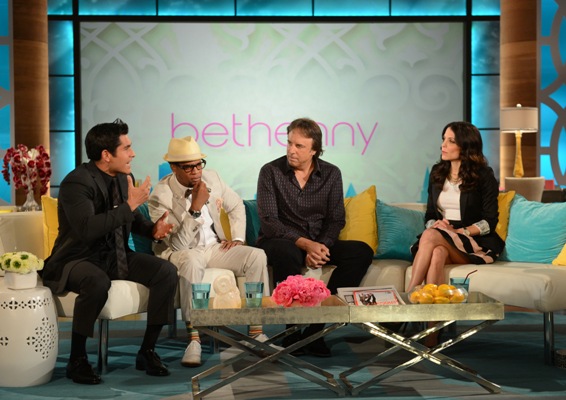 Frankel’s first guest was Vanessa Williams, who looked absolutely stunning as she shared a Skinnygirl margarita with the host.

That’s right, margarita. So unless it was a mock-tail, we’re guessing those pregnancy rumors are a bust as well. Despite recent pictures of Bethenny appearing to be hiding a bump, her stomach looked as flat as can be at the taping.

After the show we got to go backstage and chat with Bethenny, and she was just as bubbly and hilarious as she is on-camera. We can’t wait to see what other taboo topics she’ll touch on in the next few episodes.

Be sure to tune in Monday for the first episode of bethenny!