Full disclosure — I’m new to America’s Got Talent. Lifelong Howard Stern fan that I am, I knew this was one “talent” show I had to make time for. And I was right. Even though the first few minutes had me thinking, “Um, where’s the talent part of this show?” by the end I was hooked. Here’s why this talent competition show is worth your time. 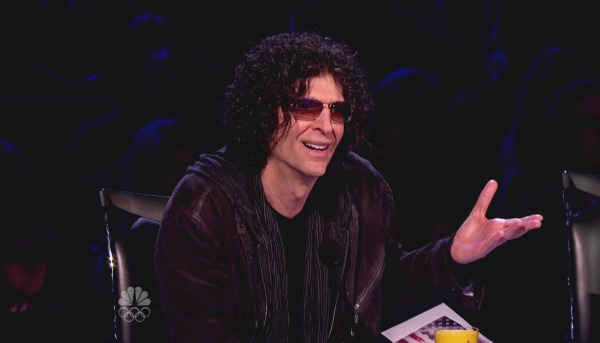 Howard Stern. Love this guy. Can’t help it. I fell out of love with him for a bit when he abandoned his long-term marriage, but I forgave him and we are good again. This guy is harsh in a way that could never be misunderstood as anything but hilarious, and behind all that “brutal honesty” and crazy hair is a big softie. Sorry to sell you out, Howie S. You know it’s true.

Chubby stripper. Awwwwww yeah. Heck yeah. This is good solid entertainment. This little chubster had some moves! Stripper pole tricks should be an Olympic event! All that jumping, twirling and sliding. This girl was darling, and the judges let her finish her routine, each of them rapt with morbid fascination. Thanks to this saucy stripper, suddenly the rest of us are all feeling a bit better about being in our bikinis this summer! If she can do that in front of millions of people, surely we can feel OK about lying by the kiddie pool in our two-piece.

Delicious scandal. Timothy Poe’s false claims about being a soldier whose injuries resulted in his stuttering problem completely overshadowed the girl who dislocated her jaw in a magic trick! So much scandal, so little time. AGT is like Vegas, Venice Beach and the circus all rolled into one.

America’s Got Talent Tim Poe is a fraud?! >>

Opera singers. The somewhat grizzled opera-singer-wanna-be Richard Grossman chastised Howard for being rude (after Howard described his performance as a disaster — insert belly laugh here). This dismal display was followed by the shock of the evening — Andrew De Leon. This kid who looked like Marilyn Manson’s long lost son took the stage and everyone in the audience was thinking, “Oh Lord. I can only imagine. Is he going to try to impress Sharon by biting the head off a chicken?” Then Goth-man with scary eye contacts started belting out the most beautiful opera music I’ve ever heard. And I don’t even like opera. Girls started bawling. By the end of Andrew’s performance, he was crying, too. Turns out he’d never performed for anyone, even his parents. It was at this point I knew where I’d be spending my Monday and Tuesday evenings — plopped in front of AGT.