Amber Portwood only has a few days before she reports to an Indiana prison to start a five-year prison sentence on felony drug charges. Find out how she’s doing — and how she thinks prison will help her. 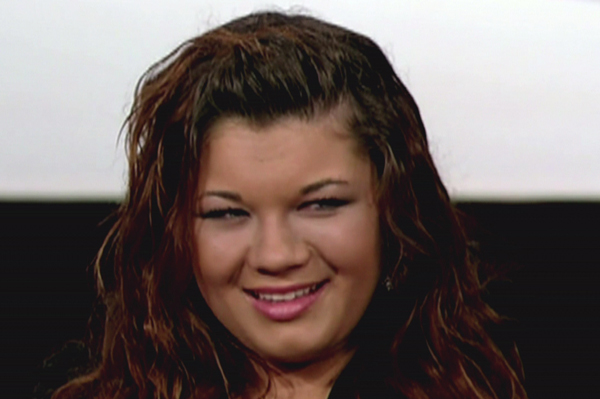 It was easy to make fun of Teen Mom star Amber Portwood’s legal troubles — why couldn’t she just get “it” together? Now we can see that she’s an addict with severe emotional issues exacerbated by her reality stardom.

“In my situation, I felt in the program there were a lot of eyes on me. And it was uncomfortable,” Portwood told E! News on Thursday. “I was not using my anti-psych medication even.”

“It’s like every time you go out to eat, you know, people are staring at you, talking, and it’s hard. You get paranoid… it’s not normal, to always be paranoid.”

A Madison County, Indiana judge sentenced the MTV reality star to five years in prison earlier this week after she copped to using prescription medications during a court-mandated rehab program. What we didn’t know is that she tried to commit suicide for a second time by taking a bunch of pills.

“I took 30 Suboxone [pills] within three days,” she said of the incident. Her on again, off again boyfriend, Gary Shirley, had to call 911 afterward.

“The depression took over. I’d just take four to five at a time underneath my tongue and nod out. I had more than addiction problems. I had, you know, mental problems, too.” She’s previously admitted to suffering from both bipolar and dissociative disorders.

Now, she feels that going to prison will be the best thing for her and her daughter. Three-year-old Leah is now in Shirley’s custody.

“You know, I was very depressed, all alone, all bitter at everybody. I felt like that wasn’t the life I wanted to live, I felt like I’d rather do my time, and get it over with, and make the best out of the situation that’s been handed to me,” she said, adding that she’s going to be constructive while serving her time.

“I’m going to take some classes, I’m going to get my GED, take as many programs as I can. You know, just try to better myself for when I do get out and not stay in prison… I’ll be off the drugs, I’ll have an education to get me a job, you have to think of the positives in this negative story,” the reality star said.

Here’s hoping this is the best thing for her — and her family’s — future.