As we all read the tabloid headlines that Kourtney Kardashian and Scott Disick are headed for another breakup, we want to help Kourtney identify the tell-tale signs of a punk. 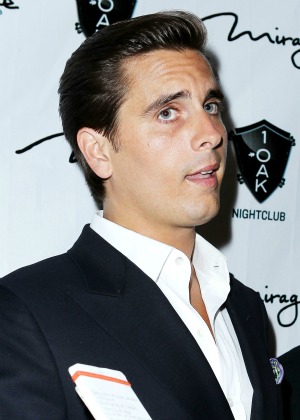 He cares more about his appearance than you do. The greased hair, the overpriced tailored suits, the false bravado. These are all tell-tale signs of a punk.

The inherent message here is, “I care more about myself than anything else.” Girls are drawn to men who look good and take care of themselves, but there is a line between your guy dressing as if he never had a mother looking out for him and a guy who dresses like he’s got some sort of royalty complex.

He speaks down to the help. First, he better have an excuse for having help. And a good one. Does Scott Disick really have that? What is he other than the boyfriend everyone loves to hate of someone who is famous for,  what is Kourtney famous for again? So if it’s a stretch that a guy even has help to talk down to, you might be with a punk. If a guy does have an assistant whose presence can be justified, how he treats his assistant can be telling. If your boyfriend humiliates his assistant because he bought him the wrong underwear, as Scott Disick has done, you are with a punk.

Kourtney Kardashian confirms that she is having a baby girl>>

You have broken up with him more than once. The personality profile of a punk is that they behave exceptionally poorly, but have such keen powers of charm and manipulation that the women around them give them one chance after another. Your guy’s a punk. Accept it. He acts like a self-centered oaf, then berates himself, apologizes and tells you how much he loves you. The only winner in this scenario is the punk, because he gets to do whatever he wants and if he does the right song and dance, he’s back in your good graces.

You have (almost) two kids with the guy and no wedding ring. Punks are spineless weasels. Non-punks will man-up and make a family for his kids. Commitment-phobe is just a nice way of saying a guy is self-motivated and doesn’t have the stones to commit.

He plays both sides of the fence. He has a baby fit, throws bottles around and punches walls (seriously, how old are we?), admits to a drinking problem, goes to rehab, and then places himself in high-risk situations where he drinks. Punks behave badly, but they aren’t stupid. They will often pay lip service (going to rehab) and doing what they want anyway (drinking in nightclubs).

Kourtney, darling, you are being punk’d. But not by Ashton Kutcher. You take the ‘i’ and the ‘s’ out of Scott’s last name, and what are you left with? Exactly. Take a stand for women everywhere and kick Scott out on his ascot — for good!