The 2012 CMT Music Awards — hosted by Kristen Bell and Toby Keith — are over. So, who won? Check out all the winners here! 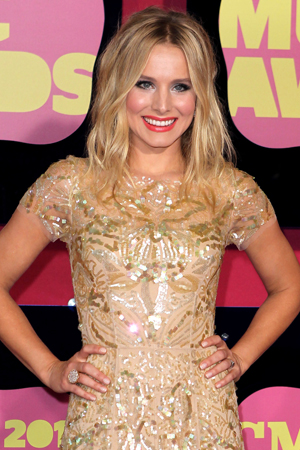 The 2012 CMT Music Awards were — thankfully — not a complete cheese fest, thanks mostly to Kristen Bell. The actress worked the show — with co-host Toby Keith — in her typical adorable style. Plus, the show had President Obama and Mitt Romney debating who makes the better host — Bell or Keith.

“This is one of the toughest decisions I’ve had to make since I’ve been in office,” President Obama said of choosing between Bell and Keith in a video clip. “I want them both.”

Romney then tried his hand at a little bit of comedy.

“I thought the presidential election was rough, but that is nothing compared with the politics at the CMT Awards,” Romney joked. “I think I have the solution though. I propose Toby and Kristen co-host the show. See, I just put two people back to work.”

Oh, the jokes were flowing. Still, Bell and Keith did a great job, even if the typical suspects won the awards (not that we’re complaining!)

“Thank you guys so much, everybody that’s been voting for any one of us tonight, I know how great of company I am in as far as the other nominees, and I just want to thank you guys for watching the videos and supporting all of us,” Underwood said while accepting her Video of the Year Award. Her husband, NHL player Mike Fisher, also shared a tender moment with Paisley when they won.

“Did you see my husband hug him first?” Underwood asked the audience of her husband and Paisley’s bro-hug.

Paisley tried to play down the bromance rumors. “To my wife at home, there’s nothing going on between me and Mike,” he joked.

“Not yet,” Underwood shot back.

Still, Paisley had nothing but good things to say about his video partner.

“I’d like to thank this beautiful woman for being in the video, otherwise it’s just a dork walking through the desert,” he joked.

CMT Performance of the Year winner Jason Aldean thanked the network while accepting his award for “Tattoos on This Town.”

“I got to say a big thank you to CMT for still playing videos,” Aldean said. “That’s such an important part of what we do and how to get our face out and still connect with our fans.”

Other big winners at the show included:

What did you think of the 2012 CMT Music Awards?