Scary Movie 5 has found its star and it’s not Anna Faris. The latest installment in the long-running series will feature a Disney veteran. Ashley Tisdale will now lead the cast of the 2013 horror-comedy. 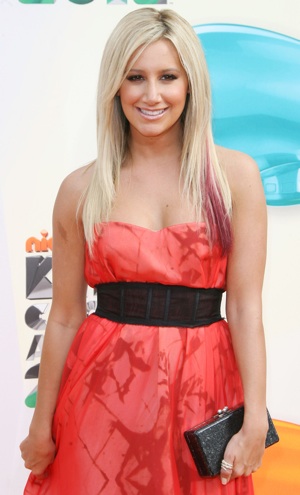 Anna Faris has moved on from Scary Movie. Ever since she debuted as Cindy in the original 2000 film, her career has been on an upswing.

After making a name for herself with roles in The House Bunny, What’s Your Number? and The Dictator, she’s got bigger fish to fry. Therefore, it’s time for a new Cindy-like heroine to take over the Scary Movie franchise.

According to ComingSoon, The Weinstein Company has officially announced Ashley Tisdale as the star of the upcoming sequel Scary Movie 5. The film will be directed by Malcolm Lee and is scheduled to open Jan. 11, 2013.

In 2010, Tisdale had a starring role on the CW drama Hellcats. But unfortunately, the series was canceled after one season. No longer a teen queen, the actress is ready to take her career to the next level.

Hellcats cancelled — will you miss it? >>

For those of you still wondering about Faris, the actress is happy to let Scary Movie go. While at the premiere of The Dictator, Faris revealed that her chances of returning were slim.

Do you think Tisdale has what it takes?