When it was revealed yesterday that the country singer’s little girl was getting married to Liam Hemsworth, many Twitter users said essentially the same thing: Miley? She’s just 19 — too young to be getting hitched. Speculation loomed about whether Billy Ray felt the same. So what’s a dad to do? Take to Twitter, of course. 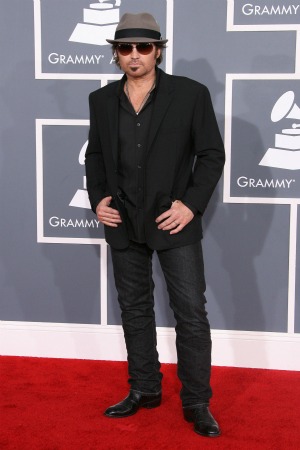 An insider tells RadarOnline that Billy Ray Cyrus is hoping for a “long engagement” for 19-year-old daughter Miley Cyrus, but the country star was decidedly more upbeat when he took to Twitter about the news.

“All I ever hoped for as a daddy was to see my kids reach their dreams,” he said. “To find happiness… peace of mind… and someday know… true love.”

It’s an “aw, shucks” moment, but a source reported as “family” by RadarOnline has said Billy Ray is concerned about their age.

“He hopes that they aren’t in a rush to get married,” the source said. “Billy Ray hopes the engagement will be very long, but he isn’t opposed to the marriage at all.”

They knew it was coming. Both Billy Ray and his wife, Tish, gave the Aussie actor their consent. He proposed late last month.

Hemsworth even lived with the family when he started dating Miley back in 2009.

“Billy Ray and Tish love him like a son,” the source told RadarOnline.

That said, the “Achy Breaky Heart” singer may have his own personal reasons for hoping his daughter doesn’t rush into things.

In October 2010, he filed for divorce from wife (and Miley’s mom), Tish, but called off the proceedings the following March.