The Gossip Girl actress hasn’t been shy about her family’s “crazy” history. So there is no love lost now that Leighton Meester has prevailed in the suit against her mother, Constance. A judge agreed that mommy dearest spent money on herself that the star had intended to go to her sick brother. 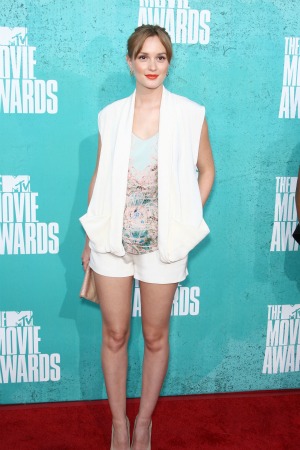 It’s been an eventful couple of weeks for Leighton Meester. First, the CW confirms Blair Waldorf and crew won’t be back — announcing the sixth season of Gossip Girl will be its last.

Now, the court says Meester doesn’t owe her mother a dime now… or ever.

The 26-year-old actress-model filed the suit last July. Meester claims her mom spent the $7,500 she sent home each month on personal items, including plastic surgery procedures and hair extensions.

The money was intended for Meester’s teen brother, who recently had brain surgery.

Meester’s mother alleged her daughter agreed to “take care of her.” So obviously taking care of someone means paying for their Botox, right?

Meester has said it’s never been about the money. She just wants nothing to do with her mother. And it appears the court is helping to fulfill her wish. They say she is not obligated to pay her mother anything for the rest of her life.

The actress has been very public about how Constance failed her “obligation” as a mother. Her childhood sounds like the type of made-up story one would see on the CW.

Meester has openly discussed her mother’s time in the slammer for selling drugs. Did we mention she was pregnant with Leighton at the time?

Her father also spent time behind bars for drugs. She later shot to stardom after being spotted by a model scout.

Much more recently, Constance Meester had countersued her daughter for $3 million in damages, which she later dropped.