Our hearts are broken that the best author the science fiction world has known, Ray Bradbury, has died at 91. However, we know at least one person who is even more upset about it than us. 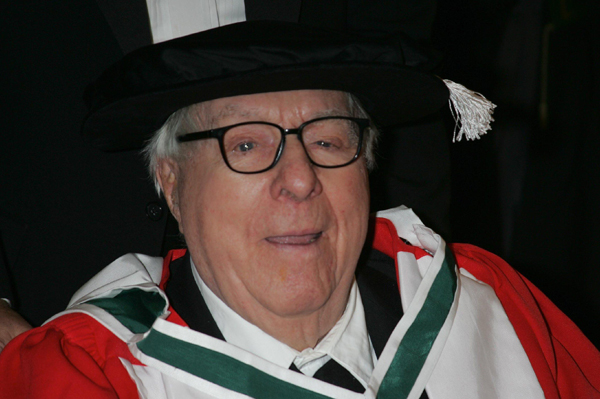 It’s a sad day in the literary world: Iconic science fiction writer Ray Bradbury has died. The author passed away at his Los Angeles home on Tuesday night, according to his rep. He was 91.

Many of us are at a loss — Bradbury was an inspiration to thousands of people around the world. One person especially sad about his death is director Steven Spielberg.

“He was my muse for the better part of my sci-fi career. He lives on through his legion of fans. In the world of science fiction and fantasy and imagination he is immortal,” the director said in a statement. He’s long credited Bradbury with inspiring his films like Close Encounters of the Third Kind and E.T.

It seems the love was mutual, too.

“Close Encounters is the best film of its kind ever made. It takes too long, but the transfiguration at the end, with the splendid arrival of the mother ship — that makes up for everything,” Bradbury has said. “I was so amazed and changed when I saw it that I went over to the studio to tell Spielberg what a genius he was. And he said, ‘You know, I never would have done this film if I hadn’t seen [your] It Came From Outer Space when I was a kid.”

Bradbury has been in love with science fiction since he discovered the concept as a small child.

“It was one frenzy after one elation after one enthusiasm after one hysteria after another,” he wrote in a recent New Yorker piece. “I was always yelling and running somewhere, because I was afraid life was going to be over that very afternoon.”

The prolific author continued to write up until his death, but even he couldn’t believe what came out of his brain sometimes.

“I sometimes get up at night when I can’t sleep and walk down into my library and open one of my books and read a paragraph and say: ‘My God, did I write that? Did I write that?’ Because it’s still a surprise,” he said in 2000.

Rest in peace, Ray. Your work will be around forever.