Photos of Gisele Bündchen snapped at events over the past few days suggest a baby bump. Now a source is saying that the supermodel is pregnant with her second child and could be three months along. 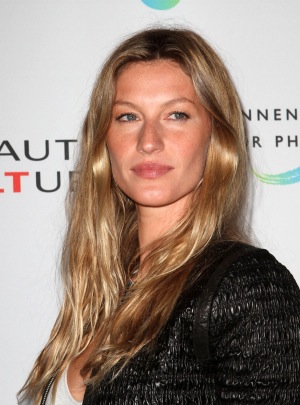 Photos showing supermodel Gisele Bündchen with a noticeable baby bump have gossip magazines and celebrity websites speculating on what she and quarterback husband Tom Brady did during the NFL offseason.

The most recent photos, according to People magazine, were snapped on June 5 while the impossibly thin Bündchen was in Rio de Janeiro for an event. These arrived on the heels of a set of pics snapped in Boston on June 1, which also seemed to show Bündchen hiding a belly bump under a bulky sweater.

Following those reports, a source reached out to US Weekly to say that Bündchen is indeed pregnant, and that she is “three months along” and “really happy.” Yet reps for Bündchen did not immediately return calls to People to neither confirm or deny these initial reports, so take the news with a grain of salt.

Granted, the majority of those reading this post would be horrified if photographers were snapping candids of our midsection and questioning if we were carrying a baby.

But Bündchen, 31, fueled the fire a bit with her own comments about dreaming of one day having a big family with Brady, who quarterbacks for the New England Patriots. And the couple already have a son, Benjamin Rein, who’s not yet 3 years old, and so the idea of adding a little brother or sister isn’t completely out of the realm of possibility.

At the very least, we know that if Bündchen and Brady are expecting, they won’t be able to keep it secret much longer.