Drew Barrymore tied the knot on June 2 with fiance Will Kopelman. Now, the actor-director is opening up about her celebrity guest list, her dress, and the “backyard wedding” of her dreams. 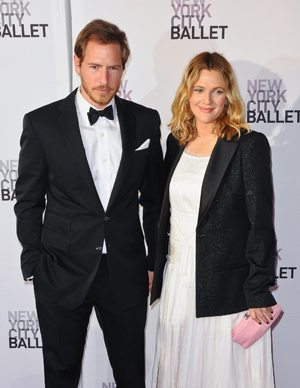 Drew Barrymore reportedly asked her wedding planner for “a backyard wedding.” But when that backyard happens to be in upscale Montecito, California — on the grounds of Barrymore’s $5.7 million estate — you’re destined to end up with a swanky affair.

By most accounts, that’s what the expectant Barrymore, 37, and her new husband, Will Kopelman, delivered to guests at a June 2 ceremony.

“The day was perfect,” the former Charlie’s Angel told People magazine, which has exclusive wedding photos on the cover of its latest issue. “Everyone we love and care about was there. It was as fun and meaningful as we ever could have hoped.”

As for the bride — this is her day, after all — she reportedly wore a Chanel dress custom-designed by Karl Lagerfeld. The ceremony was described to People as “classic, simple, very pretty [and] garden-inspired.” 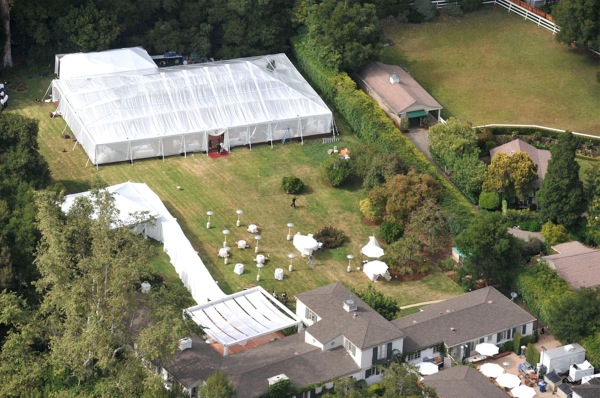 Barrymore met Kopelman, an art consultant, more than a year ago, though their relationship has stayed off the Hollywood radar.

“For celebrities who have been open about relationships in the past, it’s common for them to remain private when they feel they’ve found the real thing,” E! senior news correspondent Melanie Bromley told ABC. “And especially in this case, Drew’s fiancé has never really been in the public eye before, he doesn’t court publicity, he just happened to fall in love with a famous woman.”

Bromley went on to add that while it’s not known how far along Barrymore is in her pregnancy, the baby did play a factor in the couple deciding to tie the knot.