The Snow White and the Huntsman team may have thought the only battle they had left to fight was for box office supremacy, but take heed casting executives — there’s a “100-midget march” headed your way! 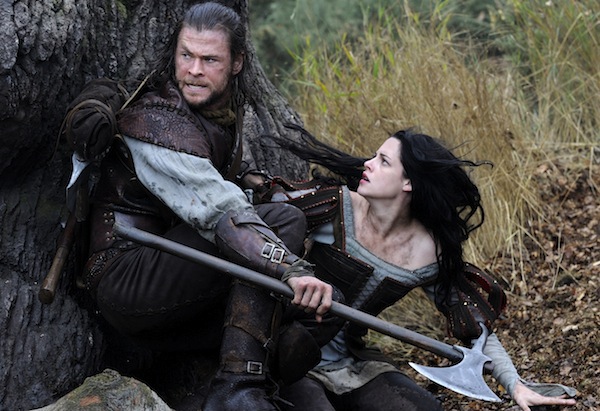 An epic battling is brewing offscreen between Snow White and the Huntsman executives and self-described “midgets” angry over Universal Studios’ casting decisions. What those upset really want to know is why Snow White’s seven dwarfs are being played by men of average stature.

Beacher’s Madhouse, a Los Angeles dwarf theater group, is fuming over the casting of average-size actors who were digitally altered to appear short, rather than the powers-that-be opting to reach out to the little people community for the Snow White and the Huntsman roles.

Snow White fairest with No. 1 at the box office >>

In a letter obtained by TMZ, the group argues that filmmakers would never get away with casting white actors and then digitally turning them to a different race. Leading the charge is Matt McCarthy, a self-described “midget” who wrote to studio Chairman Adam Fogelson, venting that their actions are “the equivalent of Universal casting a white actor to play a role written for an African-American person and digitally changing the color of their skin.”

McCarthy continued, “In response to and in protest of this incredible injustice and prejudice, the Beacher’s Madhouse midgets and I are coordinating a 100-midget march to Universal’s offices.”

Steal the style: Snow White and the Huntsman >>

A spokesman for a group called The Little People of America also feels Hollywood should be actively casting little people. They explained, “This means both casting people with dwarfism as characters that were specifically written to be played by little people… and other roles that would be open to people of short stature.”

So far a date for the 100-midget march protesting Snow White and Universal has not been set.

In a preview for Snow White and the Hunstman the seven dwarfs can briefly be seen walking behind Kristen Stewart as Snow White. Take a peek!

Do you think Universal was in the wrong to cast average height actors in the roles of Snow White’s dwarfs?