Author Ray Bradbury took science fiction and fantasy to a whole new level. Thanks to his novels and short stories, readers were not only entertained, but inspired. Unfortunately, following a period of declining health, Bradbury has died. 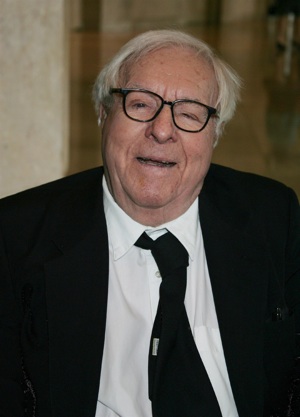 The world of literature has lost a legend. Author Ray Bradbury has passed away. He was 91 years old.

Bradbury had more than 27 novels and 600 short stories to his credit. Over the course of his career, he penned such classics as Fahrenheit 451, The Martian Chronicles and Something Wicked This Way Comes.

According to his publisher HarperCollins, the author “died peacefully, last night, in Los Angeles, after a lengthy illness.”

Here’s a portion of their official statement via CNN:

“In a career spanning more than seventy years, Ray Bradbury has inspired generations of readers to dream, think, and create,” the statement said. “A prolific author of hundreds of short stories and close to fifty books, as well as numerous poems, essays, operas, plays, teleplays, and screenplays, Bradbury was one of the most celebrated writers of our time.”

Where the Wild Things Are: Maurice Sendak Dies at Age 83 >>

Bradbury was a writer whose imagination had no limits. Not only did he produce books, he was also a screenwriter. He wrote the script for John Huston’s 1956 adaptation of Moby Dick. He tackled the small screen as well, with five episodes of Alfred Hitchcock Presents. In the mid ’80s, Bradbury adapted 65 of his stories for his own series, The Ray Bradbury Theater.

“In my later years I have looked in the mirror each day and found a happy person staring back.” said Bradbury in a book of essays published in 2005. “Occasionally I wonder why I can be so happy. The answer is that every day of my life I’ve worked only for myself and for the joy that comes from writing and creating. The image in my mirror is not optimistic, but the result of optimal behavior.”

Bradbury is survived by his four daughters.