Mark-Paul Gosselaar is a serious thespian now, so it’s only natural that he would bash the show that made him famous, Saved by the Bell. Well, he’s not really bashing it, but he does think it’s “hokey.” 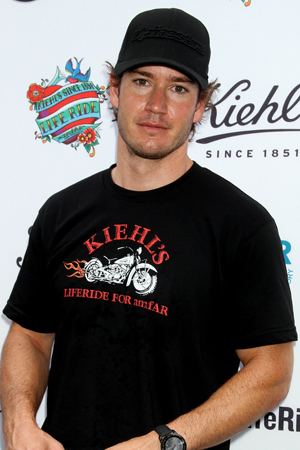 Oh, Zack Morris… where have you gone? The actor behind the iconic Saved by the Bell character, Mark-Paul Gosselaar, told Yahoo! TV that he actually thinks the show that made him famous is pretty cheesy.

“The writing is kind of hokey… it’s very much a piece of that time,” he joked.

He did add that playing preppy Zack Morris from 1988 to 1994 did give him something. “It taught me to have a strong work ethic, and to take it very seriously,” he said. “Even though we had fun, the one thing the producers instilled in us is that this is a business. You can still have all your fun, but you have to do your job, and then you can reap all the benefits at the end.”

Surprisingly, Gosselaar said he and the rest of the cast, including Mario Lopez, didn’t know they were creating such a cult classic.

“We just thought we were doing a small little Saturday morning show and no one was watching,” Gosselaar remembered. “We were almost canceled every season. So we never got big heads.”

The actor is now enjoying more grown-up success on the TNT “bro-ttorney” dramedy Franklin & Bash. Still, the veteran television actor and father doesn’t quite understand where children’s programming changed from innocent to hypersexual.

“When my kids watch Disney Channel and Nickelodeon, some of these shows and the topics they bring up… I don’t know if I’m getting old, but I’m like, wow,” he admitted. “They’re talking about dating and kissing and this and that… and they’re young! But I guess we were doing the same thing.”

Watch our favorite moment from Saved by the Bell