The Justice League of America is coming to a theater near you. After years of waiting, Warner Bros. finally has hired a writer for the superhero adaptation. Get ready for Batman, Superman, Wonder Woman, and the rest of the gang to storm the big screen. 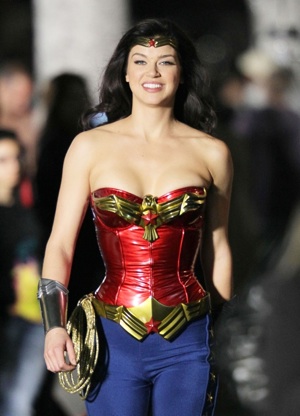 The Avengers isn’t the only superhero team in the universe. That’s why Warner Bros. is moving forward with their big screen adaptation of the Justice League.

According to Variety, while everyone was focused on The Avengers, WB was slowly plotting its own comic book collaboration. Months ago, it hired Will Beall (Gangster Squad) to write a screenplay based on the popular DC Comics team.

They claim the decision to bring on Beall was more “in anticipation of — rather than a reaction to — the box office success” of The Avengers.

This isn’t the first time Warner Bros. has attempted to develop a feature adaptation of the comic. In 2008, director George Miller was set to tackle the project with a cast including Armie Hammer as Batman, Teresa Palmer as Talia Al Ghul, Adam Brody as The Flash, Megan Gale as Wonder Woman and Common as Green Lantern.

Unfortunately, due to the Writer’s Strike and other issues, the film fell through. Now, the studio is ready to start from scratch. With the final Batman sequel from Christopher Nolan hitting theaters in July, and a new Superman (Henry Cavill) debuting next year, this is the prime time for the Justice League to surface.

Similar to The Avengers, the Justice League consists of superheroes who typically headline their own comics. But unlike its Marvel counterpart, most of its members have an otherworldly element.

The JLA lineup has changed over time, but the most notable roster includes Superman, Batman, Wonder Woman, The Flash, Green Lantern, Martian Manhunter and Aquaman.