Paris Jackson is talking to the one and only Oprah Winfrey about the death of her world famous father. Check out a sneak peek of the emotional interview here! 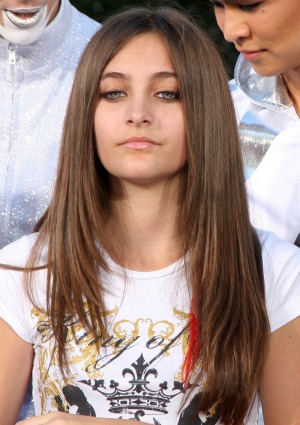 Three years since the death of megastar Michael Jackson, the late star’s only daughter is speaking of her grief. In an interview with Oprah Winfrey slated to air Sunday on OWN, Paris Jackson speaks about how she and her two brothers are coping.

In the Paris Jackson interview clip below, the 14-year-old says of mourning her father, “It never gets easier.”

Michael Jackson died in 2009, when Paris was just 11 years old, of an overdose of the powerful anesthesia propofol. Dr. Conrad Murray, Michael Jackson’s physician, was sentenced to four years in prison after he was convicted of involuntary manslaughter for administering the drug.

Notoriously private and protective of his children, many have wondered if the late singer would approve of his children coming into the public spotlight since his passing. In fact, Paris’ aunt Janet Jackson has even spoken out to disapprove of the teen’s decision to go into the acting business at such a young age.

In the clip from OWN, Oprah can be heard asking Paris, “Did you feel that he wanted you to have a ‘quote’ normal life?”

Her answer will be heard Sunday, when Oprah’s Next Chapter airs.

Is Paris Jackson being exploited by a shady producer? >>

Waiting aside, Paris Jackson’s Twitter account may be a good indicator of how “normal” her life is. The teen tweeted on Tuesday, “history exam today .. 3 down , 2 to go(: then it’s hello summer vaca!!

The budding star will soon be seen in the upcoming fantasy movie Lundon’s Bridge and the Three Keys.

It’s been nearly three years since the death of her father, Michael Jackson. Oprah visits with Paris Jackson. Then, Curtis “50 Cent” Jackson is one of the most successful and controversial rappers ever. After years of feud rumors between him and Oprah, she sits down with him for the first time from his grandmother’s home.

Do you think Michael Jackson would approve of Paris Jackson’s Oprah interview?