Queen Latifah is proud to have performed at Gay Pride 2012, but don’t go reading too much into it. The actress and rapper skirts the “coming out of the closet” issue yet again. 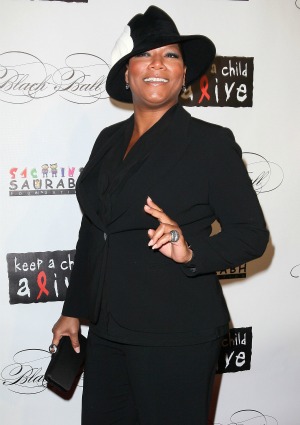 Is Queen Latifah gay? It’s hard to say. Based on the actress and rapper’s behavior one might assume so, but then again, the trouble with assumptions is that they’re often incorrect!

After performing at Gay Pride 2012, reports Queen Latifah had “come out of the closet” as a lesbian began to circulate. Yet the 42-year-old remains evasive about confirming her sexuality, preferring to skirt the issue of her private life when talking to the press.

“To me, doing a gay pride show is one of the most fun things,” the subject of the gay inquisition explained. “My first show that paid more than $10,000 was in a gay club on New Year’s Eve in San Francisco. Tupac happened to be in town, so he came to kick it with me. This was the early ’90s. And the boys were like, ‘Take your shirt off, Tupac!’  He wasn’t doing that. But we had a blast in there.”

Sharing a bit of what is, perhaps, hard-earned wisdom, Queen Latifah added, “I know that the most important thing and the only thing I have to give is love. When people are going through hatred and bullying, the biggest thing to fight that is love.”

Referring to her Gay Pride 2012 performance she concluded the subject by saying, “So that’s all I encouraged my audience to do that night: to share their light and share their love. Period.”