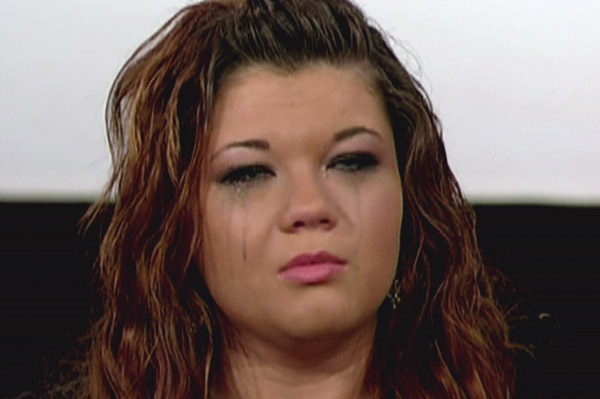 It’s not all cameras and glamour for this Teen Mom. Amber Portwood heads to prison soon to serve time for a May 24 probation violation that stemmed from an earlier felony drug arrest. CNN reports Amber Portwood could report to jail in as little as two weeks once all the paperwork is processed.

Portwood’s prison time stems from a Feb. 22 felony drug charge in which Amber was found guilty of illegally possessing prescription drugs. The NY Daily News reports Portwood was sentenced to three years of prison time but avoided jail with a plea deal that focused on recovery — she was permitted to attend an intensive rehab program. Just months into treatment, Portwood abruptly left the facility and was later arrested for violating her probation. CNN says Amber failed a urine test and subsequently lied about using drugs.

TMZ reports Portwood volunteered for prison time, which shocked her lawyers. “Amber fessed up in court, telling the judge she hasn’t stayed clean since starting the program — and will always be a ‘bad girl.’ Amber’s lawyer stood by in shock as this unfolded, shaking his head the entire hearing.”

Amber Portwood went before a judge on Tuesday morning who officially ordered the remainder of her sentence be served in prison.

Portwood’s 3-year-old daughter is in the custody of her father, Gary Shirley. Amber Portwood’s jail time could be reduced for good behavior.