Steve Carell brought a realistic (but expectedly funny) dose of reality to Princeton University’s senior day, where he was the keynote speaker. His best advice? Getting dumped is good for you. 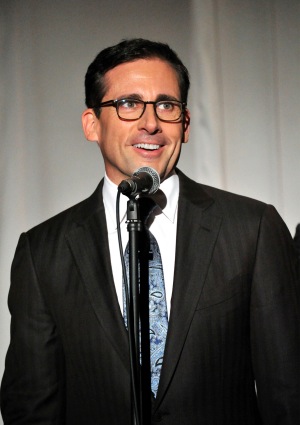 Harsh words of wisdom go down a little bit easier when they’re delivered by a genial comedian like Steve Carell.

That was one of many lessons learned by the senior class at Princeton University, who were addressed by The Office standout, current star of Seeking a Friend for the End of the World, and all-around funny guy, Steve Carell.

Carell joked that his role as keynote speaker was relatively insignificant, as past honorees like Katie Couric and Stephen Colbert (his former Daily Show cohort) were largely forgotten the moment their speeches ended.

But Carell made the most of his time at the podium. His main message?

“I suffered and you should have to suffer too.”

Carell mockingly (but wisely) pointed out that in his day, when you were dumped, it was face-to-face, and not via text. When students didn’t know something, they couldn’t Google it with ease.

“We just made an educated guess, or we made it up,” Carell told the seniors, according to the Newark Star Ledger. “We pretended that we knew and that was good enough… And if you weren’t right, you could leave before anyone had time to check your facts.”

Carell’s 15-minute speech — delivered on a cold and rainy day — left Princeton’s seniors on a sunny and somewhat upbeat note, however, when he said, “Every once in a while, put something positive into the world. We’ve become so cynical these days and by ‘we,’ I mean us. So do something kind, make somebody laugh and don’t take yourself too seriously.”

And if you’re Seeking a Friend for the End of the World, I’m sure Carell’s available.