Justin Timberlake’s first date with Marine Corporal Kelsey De Santis at the Marine Ball last year must have went really well: He asked her on a second date over the weekend. Find out where they went — and what they did together. Should Jessica Biel be worried? 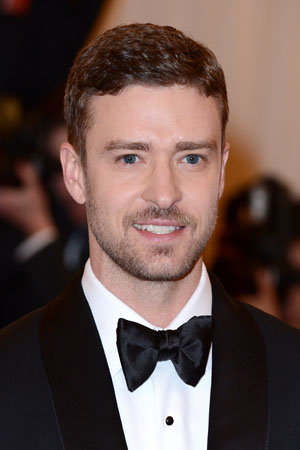 Justin Timberlake was one of the celebrities approached via YouTube to attend Marine Corps balls by U.S. service men and women. The singer and actor happily accepted the invitation of Marine Corporal Kelsey De Santis and attended the gala with her in November 2011. The whole thing must have went pretty well, because JT stayed in touch with De Santis and invited her on a “second date” — to Spike TV’s 2012 Guy’s Choice Awards over the weekend.

De Santis went with the engaged singer — and he even thanked her while accepting his award for Entertainer of the Year.

“It’s amazing actually to be standing on stage with these American heroes. As some of you know I’m usually a wisea**, but in all seriousness, I can tell you receiving this award from our troops is seriously one of the greatest honors that I or any American could receive,” he said on stage.

De Santis later gushed about her superstar date, telling E! News that “he’s a genuine person. There’s no doubt in my mind [he deserves this award].”

It was obvious that Timberlake’s time with De Santis — and the other Marines — in November had a profound impact on him.

Justin Timberlake wants to camp out in your house >>

“I knew I would have an evening that I wouldn’t forget… Something I could tell my friends about,” he wrote in a blog post after the ball. “What I didn’t know was how moved I would be by the whole experience.”

He also couldn’t say enough good things about his date.

She seemed to me to be so humble and honest… Very cool. She also simultaneously seemed like she was nervous about the whole evening and if I was going to enjoy myself. “Are you ok?” she asked 2 or 3 times. “I hope you are having fun. I know you will once my crew of friends get here to the table.” I have to tell you, it’s not every day that I meet a 23-year-old girl and she’s more worried about if I’m having fun or if I’m comfortable! It hit me all of a sudden that these were the type of people that look after us and our freedom… Humble, concerned for others before themselves… This was the type of person our Marine Corps was building. I was really blown away.

So, Jessica Biel doesn’t have anything to worry about — the two are pals with a mutual respect for each other. Wonder if De Santis will get an invite to their wedding? Our bets are on yes!