This morning as the royals attended their Service of Thanksgiving at St. Paul’s Cathedral in conjunction with the Queen’s Diamond Jubilee celebrations, one notable figure was missing: Prince Philip. 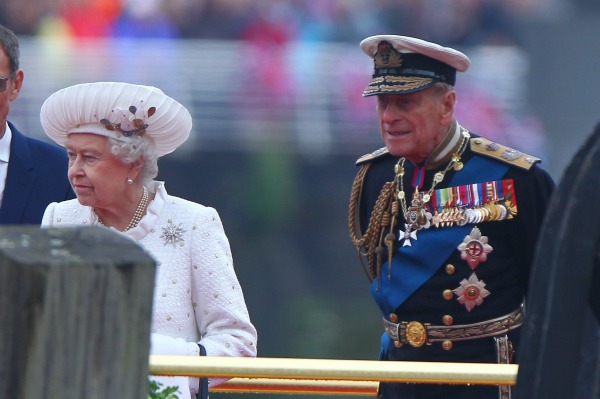 The 90-year-old Duke of Edinburgh is recovering at King Edward VII Hospital in London after being rushed to the hospital yesterday afternoon.

The Telegraph reports Prince Philip, who turns 91 this Sunday, was hospitalized with a bladder infection.

Doctors say the duke wasn’t drinking water and had been standing outside in the rain for four hours during the Queen’s Diamond Jubilee pageant. These conditions, they believe, made the painful infection worse.

Such infections are indicative of more serious underlying problems, so doctors are expected to keep him in hospital for at least a few days to assess and treat the condition, which is common in older men.

The Mirror reports that this is the second time the duke has been hospitalized in six months. He was also rushed to the hospital in December to treat a blocked coronary artery.

A former palace spokesperson was quoted as saying: “He doesn’t like hospitals and would have gone there reluctantly given the concert tonight and the Thanksgiving Service tomorrow. He will be bitterly disappointed.”

Whatever the case, the “show” to celebrate the Queen’s 60 years as monarch must go on.

The festivities began with street parties on Saturday, and the event is culminating with today’s service at the renowned St. Paul’s Cathedral, a carriage procession to Buckingham Palace and, if weather allows, a Royal Air Force flyover.