Lil Wayne pulls Nicki Minaj from Sunday’s Hot 97 Summer Jam after a DJ made disparaging remarks about the singer’s new song. Lauryn Hill has come out in support of the decision. 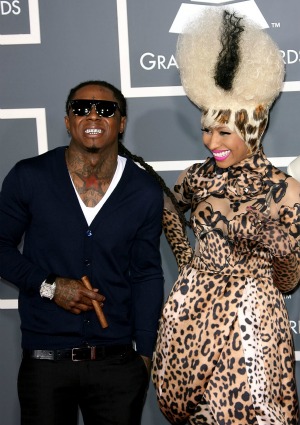 Nicki Minaj pulled out of Sunday’s Hot 97 Summer Jam, because Lil Wayne told her to.

TMZ is reporting that Hot 97 DJ Peter Rosenberg made disrespectful comments about Nicki Minaj’s new song “Starships” onstage. Lil Wayne decided to pull her from the show at the last minute, and Minaj agreed.

“The singer stands by her boss’s decision to axe her performance,” sources told TMZ.

Monday, Rosenberg stood by his comment, telling TMZ the song is “wacky and corny.” He did, however, say it was nothing personal against Minaj.

Singer Lauryn Hill sent out a statement via twitter Monday in support of Minaj’s decision to not play the show.

“I don’t have details on exactly what transpired between the station and the artists,” Hill said, “but I do support artists standing by their beliefs, and walking with integrity.”

Hill said the rumor is she was schedule to play the show, but that was never the case. But she does feel like it is evidence of a larger issue.

“We have to find a better way to commercially exploit music, while giving artists their proper respect,” Hill continued. “This cannot be done while taking their contributions for granted, or trying to control the scope of their growth and power through threats and fear tactics.”

Minaj has already reportedly decided not to play next year’s Hot 97 concert.

“When she heard the radio station wanted her to come back next year… she said that would NEVER happen,” a source close to Minaj told TMZ.

They go on to say that Minaj made the decision because she does not want to be around disrespectful people. Lil Wayne has not commented on his decision to pull Minaj from the show, but Minaj was rumored to be making an appearance on Hot 97 on Monday night.