Mark Zuckerberg may still be celebrating his honeymoon with new bride Priscilla Chan, but the honeymoon period has been short-lived for disgruntled investors suing the Facebook co-founder for alleged insider trading. This comes just 2-1/2 weeks after the company went public. 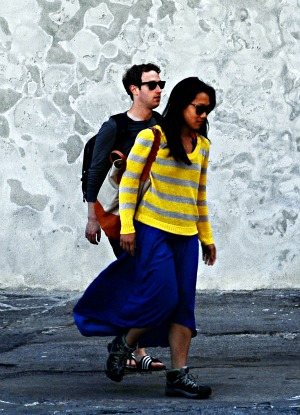 Upon his return from Europe, the Zuck will have some explaining to do. Investors claim the 28-year-old billionaire, along with other key leadership and financial institutions behind the IPO, knew the stock was grossly overvalued at $38 per share. The class-action alleges that while they knew the stock was overpriced, they kept that information to themselves to push the share price onward and upward.

Moreover, these investors claim Zuck used advance knowledge of these valuation flaws to unload $1 billion worth of stocks on unwitting investors before the share price tanked to avoid suffering his own mega-losses. As if that’s not enough, The Daily Mail also reports that shareholders assert Zuck played favorites with the social network’s largest “preferred” investors — warning them the stock was going to nosedive ahead of time so they, too, could avoid bigger losses. The heads-up gave those biggies, the suit alleges, just enough time to either sell while the stocks were hot or avoid loading up on the stock in the first place.

There’s still a lot we don’t know about this latest lawsuit. And Zuck’s not saying just yet because he’s been in Rome not doing like the Romans do when it comes to tipping.

We do know this much: Within four days, Facebook’s stock had plummeted to less than $27 a share. And, if it is found Zuckerberg shared this advance information with a select few, he could be found guilty of insider trading — and lose much more than the 25 percent of his wealth that he lost since selling off his shares.