Olivia Culpo is an accomplished cellist and is on the Dean’s List at Boston University. She will take a year off from her studies to fulfill her duties.

Related story No, Miss USA, Health Care Is Not a ‘Privilege’ 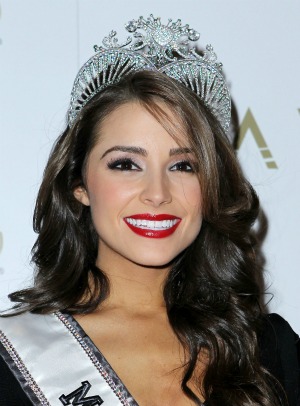 In 1994, the sitcom Seinfeld was at its height. The first episode of the sixth season has Jerry dating a Miss America contestant, Miss Rhode Island. He shares this with Kramer, a longtime Miss America viewer, and Kramer asks which state she represents.

My, how things have changed.

According to MissUniverse.com, Olivia Culpo is currently a sophomore at Boston University.

Culpo is a quite accomplished 20-year-old. As a cellist, she currently performs with the Boston Accompanietta. She also recently won a seat in the Boston Symphony Hall and Carnegie Hall in New York. She has been playing the cello since she was in second grade and performed in many youth orchestras before college.

In her interviews for the pageant, Culpo said if she could be good at one thing, it would probably be something scientific.

“Albert Einstein was a pretty cool guy and I’d like to be somebody like him,” she said. “The female version perhaps.”

Her evening gown was less revealing, and may have secured her win.

According to the Huffington Post, Culpo said, of the win, “I was just so surprised, so shocked, so honored to be there.”

The Miss Universe 2012 competition will be held in December. It will be the 61st year of the competition, and Culpo will be competing against women from all across the world for the title. The current Miss Universe is Leila Lopes of Angola.