LMFAO’s Redfoo really had nothing to LHFAO about when he and Sky Blu had their acceptance speech cut short at the MTV Movie Awards. Here’s what they said after the show when they were given another shot at their speech. 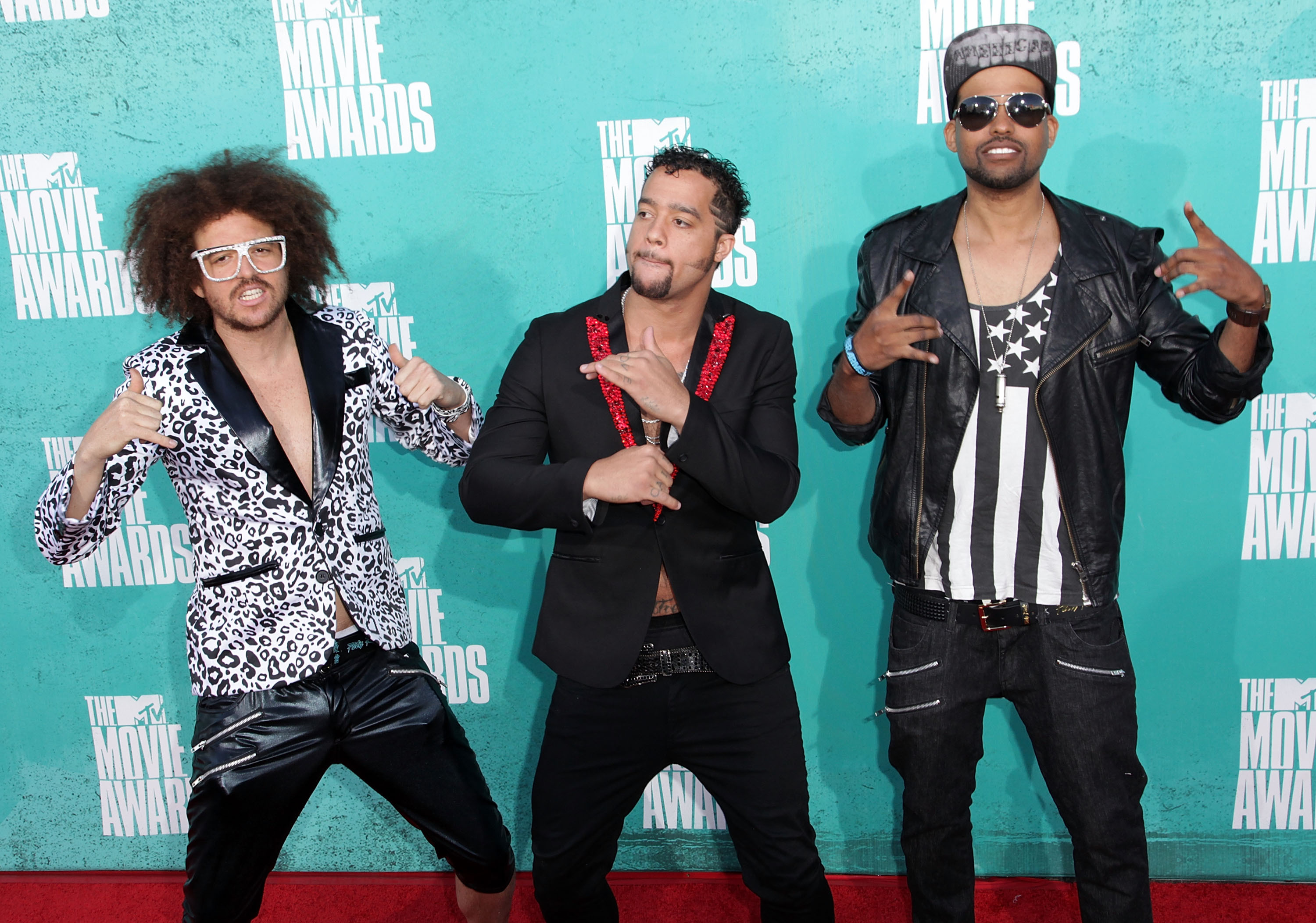 When asked how it felt to win Best Music award for “Party Rock Anthem,” Redfoo said it was going good, except for getting the hook 12 seconds into the acceptance speech. “It went good, but I feel like our acceptance speech was circumcised,” Redfoo said. “It got clipped up, because they said, ‘You’ve only got 12 seconds,’ and 12 seconds, to me, that’s too short. I’m at least a two-minute brother. But 12 seconds, I can’t figure it all out,” he said, with a not-at-all subtle gesture. “I can’t even pull it all out.”

When the MTV correspondent gave them 70 seconds to redo their acceptance speech, they were sure to thank their moms and dads (and then made an inappropriate comment about them, which may very well be why they were only given 12 seconds on live TV). “We want to thank so many people. First mom, she helped get it in there.”

“Pops, he really got it in there,” Sky Blu added.

“Pops got it in moms, which really got us out,” Redfoo said.

“Grandma, she made the name. She took us to our first ‘Project X,’ even though we (won) for ’21 Jump Street.’ Sway, because we’ve known Sway from playing basketball back in the day,” they added of MTV News’ beloved Sway Calloway. “And all the sexy ladies in the audience: I want you for tonight, baby!”

So was their uncircumcised speech any better than the circumcised one? You be the judge.