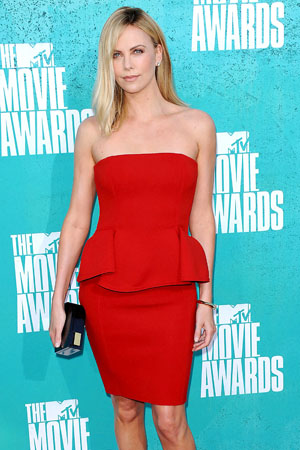 That’s because the fans know all their favorite celebrities and crushes are going to take some fashion risks and that a few of them are going to pop off and say something that will have their publicists buying a fifth of whisky on the way home. Celebrities love it because it’s more laid back and authentic. Here are this year’s winners and non-winners.

And the winners are:

Movie of the Year

And the non-winners are:

If you’ve been nominated for the MTV Music Awards, your cool factor just went through the roof, even if you lose. There were a couple losers but they weren’t the nominees.

Creepy animated cats. What do weird, scary looking cats have to do with transitioning between nominees? Exactly. They were distracting — and not in a good way.

Boy hats. Johnny Depp’s hippie/musician/cowboy hat was just kind of annoying. Adam Sandler’s baseball hat and T-shirt made him look like he was going to hang out in the laundromat all day. And Josh Hutcherson’s hat is just unacceptable, period. A guy that hot should never wear a dorky little Mr. Magoo hat.

Charlize Theron’s fight scene. Eh. Conceptually, this was a strong idea, but the delivery kind of fizzled. The little hair toss afterward was a bit much. We liked the hair toss better when Beverly D’Angelo did it while threatening Aunt Edna in the first National Lampoon’s Vacation movie.