Think Jason Alexander’s “gay” remarks regarding the game of cricket were uncalled for? So does GLAAD, and now the actor is here to say he’s sorry. 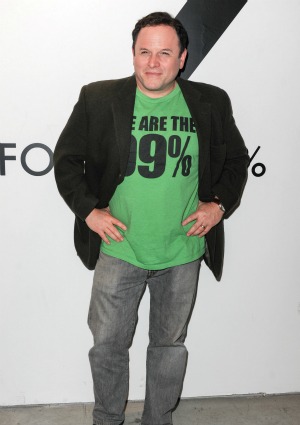 Jason Alexander‘s “gay” comments about the sport of cricket have landed the actor in turbulent water. After speaking without censoring his words during a Friday appearance on the Late Late Show with Craig Ferguson, the former Seinfeld actor freely admits he should have known better.

Speaking of playing cricket Jason Alexander commented during his television appearance, “It’s the pitch. It’s the weirdest… It’s not like a manly baseball pitch; it’s a queer British gay pitch.”

Shortly after the comments aired the Gay and Lesbian Alliance Against Defamation (GLAAD), along with many of Jason Alexander’s Twitter followers cried foul.

Seeking to make amends for his comments, Jason Alexander issued a lengthy statement to GLAAD the following day. He wrote in part:

“Years ago, I was hosting comics in a touring show in Australia and one of the bits I did was talking about their sports versus American sports. I joked about how their rugby football made our football pale by comparison because it is a brutal, no holds barred sport played virtually without any pads, helmets or protection. And then I followed that with a bit about how, by comparison, their other big sport of cricket seemed so delicate and I used the phrase, “a bit gay”. Well, it was all a laugh in Australia where it was seen as a joke about how little I understood cricket, which in fact is a very, very athletic sport…”

“I should know better. My daily life is filled with gay men and women, both socially and professionally. I am profoundly aware of the challenges these friends of mine face and I have openly advocated on their behalf.”

“So, I can only apologize and I do. In comedy, timing is everything. And when a group of people are still fighting so hard for understanding, acceptance, dignity and essential rights—the time for some kinds of laughs has not yet come. I hope my realization brings some comfort.”

Do you accept Jason Alexander’s “gay” remark explanation and apology?