Spartacus wants to go out with a bang, not a whimper. That’s why the hit series is ending after its fourth season. In January 2013, Starz will begin airing the final 10 episodes of the gladiator drama.

Related story Spartacus will battle on for a third season 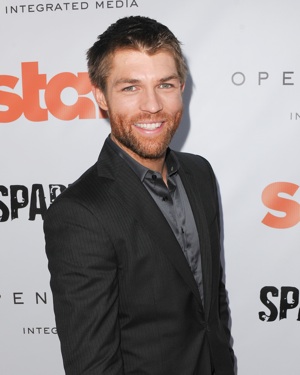 Starz has made a shocking decision. The cable network is pulling the plug on its popular action series, Spartacus. Now where are we going to get our scantily clad gladiator fix?

Both the network and executive producer-showrunner Steven S. DeKnight mutually agreed that it was time for Spartacus to go. And instead of dragging it out, they wanted to end on a high note.

DeKnight recently spoke to IGN about the show’s final season, which is called Spartacus: War of the Damned, and discussed its farewell.

“Starz always does the unexpected,” DeKnight said. “This show has been challenged, to say the least, in many, many ways. We’ve faced many difficulties and tragedies on the show. My original plan was to attack the show in a five to seven season arc. Once we got into it and after Andy’s passing and looking at the historical story of Spartacus, we came to the decision to basically end on a high note.”

He continued, “Any normal studio would have just canceled the show at that point and not risk the financial downside of it not working. But Starz, thankfully, really stuck by the show, and they really wanted it to be told all the way to the end. They didn’t want to cheat the viewers and just suddenly pull the plug. So they gave us this opportunity to wrap up the story, and we’re certainly taking that opportunity and running with it.”

Spartacus will battle on for a third season >>

We should have known something was up. Last season ended with a huge bloodbath killing off many of the series regulars. After that, there was only so much they could do. At least this way, they can write a satisfying ending that will give fans some closure.

What do you think about Starz canceling Spartacus?