The Zoosters are back, only this time they’re on the run through the European Alps, hiding from French animal control and teaching a circus troupe new tricks. This fast and furious romp adds fun new characters while zooming at you in glorious 3D. 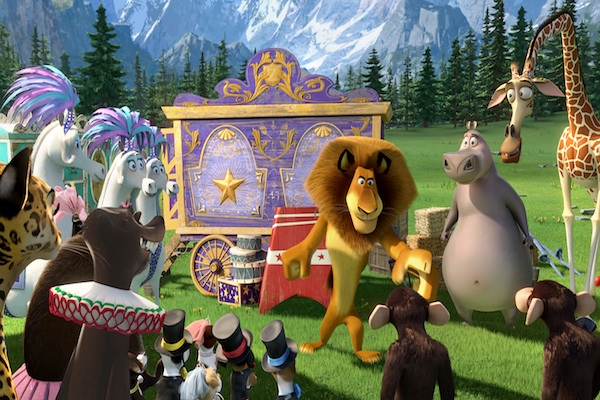 Those cheeky penguins, chimps and lemurs! Led by King Julien XIII (Sacha Baron Cohen) they somehow manage to get out of Africa and make it all the way to Monte Carlo. Calculating on abacuses, they win big at roulette and break the bank.

Alex the lion (Ben Stiller), Marty the zebra (Chris Rock), Gloria the hippo (Jada Pinkett Smith), and Melman the giraffe (David Schwimmer) are determined to make it back to the Central Park Zoo in New York City, but stop off in Monte Carlo for help.

Once there, chaos breaks out garnering the attention of one French animal control officer named Capitaine Chantel DuBois (Frances McDormand), who literally follows the animals’ scent by sniffing the ground. While she legitimately wants to protect her ritzy city from wild beasts, she has a more sinister motive — to hang Alex’s head on her wall of hunting trophies. 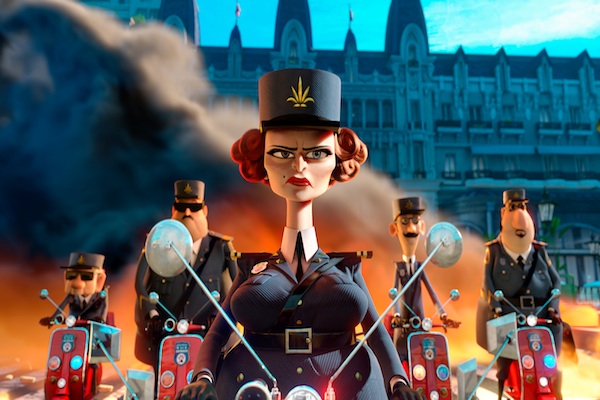 After a wild car/scooter chase through Monte Carlo, the Madagascarians hop on a train only to discover its also full of animals — the circus kind.

Here we meet some really fun characters such as Vitaly (Bryan Cranston), the hoop-jumping Russian tiger with performance anxiety, and Gia (Jessica Chastain) the exotic Italian Jaguar who’s wildly protective of her circus family. “Circus,” she says, “stay together.”

The Zoosters convince them that they are also “Circus” and that Alex is famous for something called the “Trapeze Americano,” which sounds more like a latte from Starbucks than a circus act.

Madagascar 3 is at its best when the Zoosters are running from the truly despicable villain Capitaine Chantal and when King Julien falls in love with the voluptuous drooling, dancing bear. The movie has plenty of clever jokes that play to both kids and parents, my favorite being Vitaly’s angry declaration of “That’s Bulshevik!” 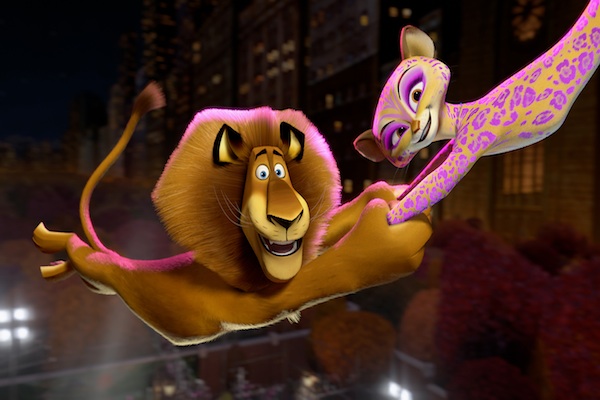 Bottom line: Madagascar 3 provides plenty of bang for your buck by adding fun, original new characters and holding true to the solid humor the franchise is known for. In 3D with ultra-quick pacing, surely your youngsters will delight in this mega blitz of digital glitz.

11 mins ago
by Louisa Ballhaus