Just five months after getting engaged, 37-year-old Drew Barrymore is said to have worn Chanel at her wedding to art consultant Will Kopelman. 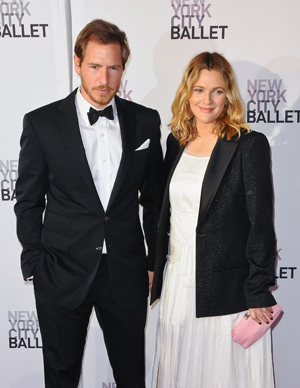 After years of being unlucky in love, Drew Barrymore was married Saturday to her boyfriend of just over a year, Will Kopelman.

The 37-year-old actress is expecting a baby, and the couple announced their wedding only a few months ago.

Kopelman is an art consultant, and the son of former Chanel CEO Arie Kopelman.

This is not Barrymore’s first marriage. When she was 19 years old, she was married for less than a year to Jeremy Thomas, and had a much higher-profile marriage in 2001, to comedian Tom Green. That marriage lasted just over a year.

Barrymore also dated comedian Justin Long. They were a couple two different times, the most recent ending in November 2009. Long turned 34 on Saturday, the same day as Barrymore and Kopelman’s wedding, and there was no information on if he attended.

Barrymore and Kopelman’s engagement was announced before the announcement of their pregnancy. She was spotted by TMZ in February leaving a doctor’s office holding what looked like a sonogram photo.

“She wants to get married before her bump gets too big,” said a source associated with the wedding. “But it’s important to her to marry before she gives birth.”

The wedding came just nine days before the 30th anniversary of the release of the movie that brought Drew Barrymore into our lives. While she had three roles before E.T. The Extra-Terrestrial, the blockbuster was the film that gave her the name she has today. Barrymore was just seven years old when the movie was released on June 11, 1982.