This week SheKnows puts Amanda Seyfried’s action thriller Gone at the top of our DVD/Redbox/Blu-ray must-rent list because this sister is one fighter you definitely want on your side. 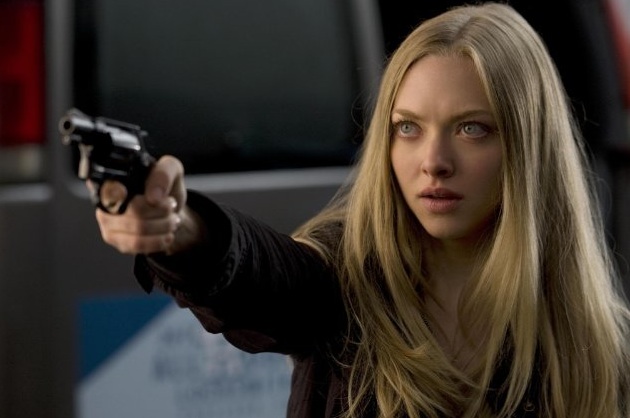 Amanda Seyfried plays a girl on the hunt for her missing sister. She says she knows who the killer is, but no one believes her that the abduction is truly a deadly one. Can she save her sister in time?

Gorgeous Sam Worthington is an ex-cop on the run who decides that standing on the ledge of an important high rise in downtown Manhattan is the only way he can attempt to clear his name. Elizabeth Banks and Anthony Mackie co-star.

Movie review: Man on a Ledge is too hot and scruffy to die! >>

Who hasn’t had the nightmare that perhaps their child wasn’t as sweet as other people would say? This psychological thriller that might have you locking the nursery door so you can protect yourself in the middle of the night stars Tilda Swinton and John C. Reilly.

Seann William Scott is a bouncer with quite the punch who overcomes the odds when he joins a semi-pro hockey team. Hilarity ensues with a lot of heart and sucker punches. Critics rave.

Gerard Butler stars in this epic thriller about a man banished from Rome who must take up with the empire’s most hated enemies.

What movie will you rent this weekend?