If an asteroid were to hit earth three weeks from today, would you spend your last precious hours updating your status on Facebook? Probably not. Would you leave your spouse? Don’t answer that. Eat every doughnut you could find? Definitely! Steve Carell and Keira Knightley find friendship and more just in time for the world to end in this bittersweet film. 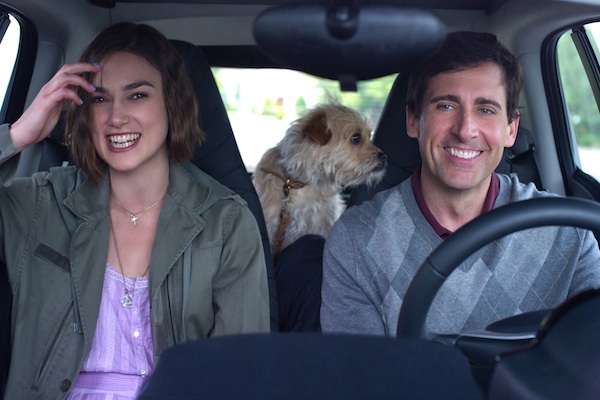 When Dodge’s wife Linda (played by Steve’s real wife Nancy Carell) runs out of their car at a stoplight upon hearing that NASA’s space shuttle Deliverance failed to destroy the 70-foot-wide asteroid zooming toward earth, Dodge is devastated. Back at his apartment, his pretty 20-something neighbor Penny (Keira Knightley) is having a fight with her rock-‘n’-roll-reject boyfriend. Dodge comforts her and they begin an odd friendship.

Penny’s sweet but a bit flaky and now with the world ending, she can’t get a flight back to England to see her family for the last time. Dodge says he knows someone with a plane, but they’ll need to go on a road trip to find this mysterious air captain.

Like any good road-trip movie, there are numerous complications and surprising cameos from people like Martin Sheen as Dodge’s father and William Petersen as a suicidal trucker. Both Penny and Dodge search for something meaningful in their last days, knowing that true love is really the point of living together in this world, as fragile as it might be. 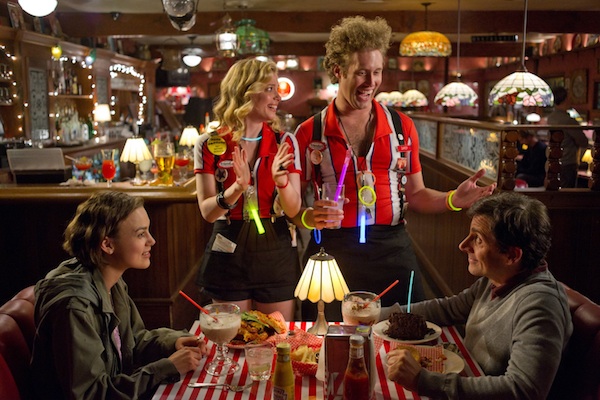 This way of thinking, this denial of death becomes a metaphor for how most of us walk around, pretending like the end won’t come when we should in fact be living exuberantly, waging love, not war, knowing we have such little precious time here. I admire the film’s writer/director Lorene Scafaria (Nick and Norah’s Infinite Playlist), who succeeds in giving us this clever little wake-up call to life.

Bottom line: While Steve Carell gives a touching performance, this is really Keira Knightley’s movie. She is fabulous as Penny, causing your heart to break and repair itself while watching this apocalyptic love story. Enjoy!