D**k in a Box” creator Andy Samberg is officially leaving Saturday Night Live, he confirmed Friday night. What’s next for the funnyman? 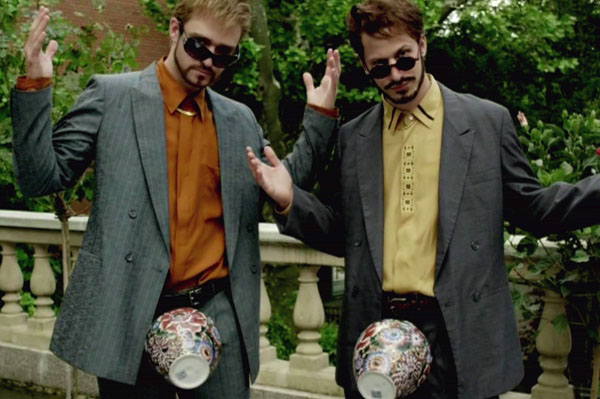 It shouldn’t come as a shock to most Saturday Night Live fans, but longtime cast member Andy Samberg is officially leaving the show after eight seasons on NBC.

“It’s an incredibly emotional and strange moment in my life,” Samberg told The New York Times Friday night. “Obviously it’s not a huge shock, but I did officially decide not to come back.”

The Digital Short creator added that leaving the show is “one of the hardest decisions I’ve ever made,” but co-star Kristen Wiig’s public departure at the end of the season helped cement his choice.

Is Abby Elliott prepping for an SNL exit? >>

What we’ll miss most about Samberg is his frequent shorts where he was everything from a “Mother Lover” to “Shy Ronnie.” However, he’ll be back from time to time to do one.

“That’s the kind of thing that I really do hope happens,” he said of contributing. Hope so, because he’s about the only person who could get Michael Bolton to sing about “mountains of cocaine.”

Next up for Samberg are a couple of movie roles in That’s My Boy and Celeste and Jesse Forever. We also assume he’ll make more Lonely Island songs with his pals (and fellow SNL writers) Jorma Taccone and Akiva Schaffer — and maybe, just maybe, he’ll return to the show as host.

“Well, hopefully things will work out well enough that they’ll want me,” he said.