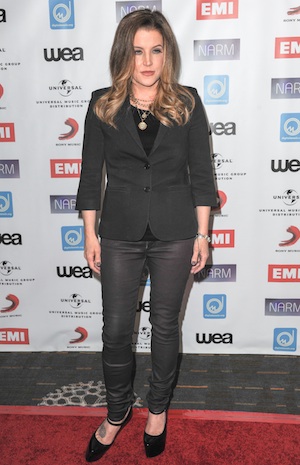 A dramatic letter penned by the late Michael Jackson in the 1990s to his then-wife Lisa Marie Presley was pulled from an upcoming auction. Lisa Marie requested the auctioneer — Julien’s Auctions — remove the item when she learned the intimate correspondence was set to go to the highest bidder. The Daily Mail reports the auction house was happy to oblige Lisa Marie’s wishes. “I’m assuming it’s a personal nature, and we wanted to honor the request and continue our good relationship with Ms. Presley” said Darren Julien, the head of Julien’s Auctions.

The Daily Mail obtained a picture of the letter which showcased a heartbreaking tale of insomnia and suffering by the late Michael Jackson nearly twenty years ago. Jackson writes, “Lisa, I truly need this rest. I haven’t slept litterally [sic] in 4 days. I need to be away from phones and business people. I must take of my health first. Im’ [sic] crazy for you.”

TMZ reports the letter was written sometime between 1993 and 1996. In June 2009, Michael Jackson overdosed on Propofol after years of insomnia. His personal physician, Dr. Conrad Murray, was found guilty of involuntary manslaughter in 2011 and sentenced to the maximum of four years in prison.

The latest Michael Jackson auction will take place on Dec. 2, 2012 in Beverly Hills, California by Julien’s Auctions under their tagline “Icons and Idols.” Julien’s Auctions is a well-known auction house, previously dealing with the property of iconic estates such as Marilyn Monroe and Elvis Presley.