Is Zhang Ziyi secretly a high-class call girl? The actress is reportedly horrified by claims that she’s raked in millions of dollars for having sex with Chinese government officials, yet is being advised to remain quiet rather than lash back. 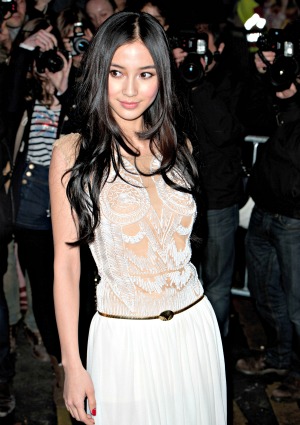 Zhang Ziyi’s sex scandal can be traced back to one lone website, but once the Chinese press picked up on a report that the actress has led a double life as a high-class call girl the scandal became international news.

Reports allege that Zhang Ziyi, famous for her roles in Crouching Tiger, Hidden Dragon and Memoirs of a Geisha, was paid millions to carry on a sexual relationship with scandal-ridden Chinese politician Bo Xilai. The 33-year-old star is now said to be the target of an investigation into the matter.

Beyond the Bo Xilai link, it’s been suggested that the star has taken in near $100 million from various liaisons with multiple high-ranking government officials during the past 10 years.

A publicist for Zhang Ziyi has spoken on the sex scandal, though the actress herself remains mum.

“We read this outrageous report in the (Hong Kong newspaper) Apple Daily,” her publicist said. “It sent chills down our spines and has left us with deep sadness.”

“Friends have advised us to release a short statement and not take this seriously,” Zhang’s publicist continued. “The more you argue, the more you will stir up.”

“It would be better to step aside until people lose interest and the lies disappear. The innocent will always be innocent and the truth will be revealed.”

A rep for the star went on to tell E! News: “The accusations made against award-winning actress Zhang Ziyi are completely false and defamatory. There is no truth in any of the allegations that have come forth which are a result of calculated cruel intentions against a well-respected established actress. Legal repercussions are ensuing and these scandalous reports will not be tolerated in any way.”

Zhang Ziyi’s legal team also has been called into action, and has demanded the Apple Daily issue an apology and full retraction.

Is it wise for Zhang Ziyi to keep quiet and let the professionals fight the sex scandal for her?