A new investigative report by Al Jazeera shows that prisoners at Guantanamo Bay in Cuba are being “tortured” into talking through forced viewing of Sesame Street. Yes, seriously. 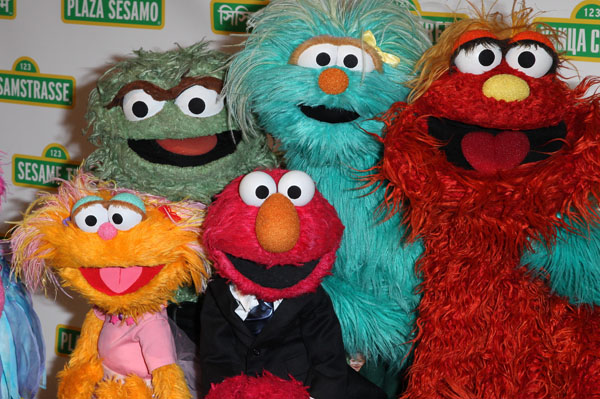 Get this: Your favorite childhood show is being used to flush secrets out of ruthless terrorists housed in Guantanamo Bay, Cuba, according to Al Jazeera. The report states that prisoners were forced to wear headphones that blasted songs from Sesame Street for hours on end.

This all came as a huge surprise to the show’s composer, Christopher Cerf.

“My first reaction was this just can’t possibly be true,” he told the network. “…Of course I didn’t really like the idea that I was helping break down prisoners, but it was much worse when I heard later that they were actually using the music in Guantanamo to actually do deep, long-term interrogations and obviously to inflict enough pain on prisoners so they would talk.”

Interesting choices of music. If we were in charge, we’d use music from Barney, Teletubbies and Dora the Explorer — much, much, much more annoying. Of course, the U.S. government is denying the whole thing.

“Universally, these investigations have shown, and leadership has revealed, that music can be used as both an incentive and a disincentive. It depends on how you use it,” Pentagon spokesman Captain John Kirby told reporters Thursday.

“We do not torture. And we do not abuse our detainees at all,” he said. But what about that whole waterboarding thing? Yeah, we’re calling shenanigans on that denial.