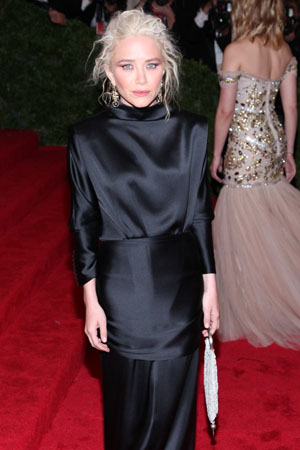 Mary-Kate Olsen is reportedly “head over heels” in love with a new man, but he’s nowhere close to her age! One half of the Olsen twins is said to be dating Olivier Sarkozy, the younger half-brother of ex-French president Nicolas Sarkozy, according to the New York Post’s “Page Six.”

“It’s true, they’re dating, and she’s definitely interested in him,” a source confirmed to US Weekly. The 25-year-old former actress and fashion designer broke up with artist Nate Lowman in 2010.

“MK is constantly complaining about boys not being mature enough for her,” the source added. “She got the kids out of her system. Now being a businesswoman dominates her time, and she is rarely impressed with guys.”

The New York-based Sarkozy is currently the managing director and head of the Global Financial Services group. He studied at St. Andrews in Scotland — the alma mater of Prince William and Kate Middleton — before starting work at American investment bank Dillion, Reed & Co. in 1990. Since then, he’s held high-level positions at First Boston Corporation, UBS and the Carlyle Group, among others. He also has two children with his ex-wife, Charlotte Bernard. He last dated Stella Schnabel — they split in March, according to US Weekly.

He seems like a stand-up dude with a secure career — and he could be a good influence on Olsen. She’s gone through a rough time over the past decade with her eating disorder and the death of her good friend (and rumored boyfriend) Heath Ledger in 2008.

“Mary-Kate and Heath were casually dating for three months before Heath’s death,” a source told People after Ledger’s death. “They were hooking up, but neither were particularly interested in making it exclusive.”

“They had a bond that was based on partying, and they had the same tastes in partying … like, in terms of where they liked to hang out in New York, what time they would want to go out. They just had the same sensibility.”

So basically, Mary-Kate is growing up. Yay for adulthood — and for romance!