There has been quite a resurgence of thrillers written by women as of late. Each month, Jenn Lawrence will spotlight those can’t-miss thrillers. This month’s list contains quite the group of thrillers, including some psychological thrillers, a historical thriller and a thriller with a taste of the supernatural. 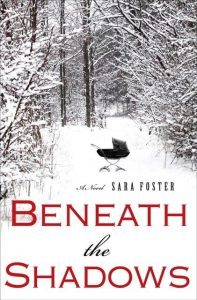 Beneath the Shadows
by Sara Foster

Grace’s husband, Adam, inherits a North Yorkshire cottage. They have a young daughter, Millie, and are willing to leave the hustle and bustle of London behind. A week later, while out on a walk with Millie, Adam disappears without a trace. Millie is found on the front porch, safely tucked in her stroller. The authorities and Grace’s own family believe Adam has left her, yet she is unable to accept this as truth. Desperate for answers, Grace returns a year later and begins to look into the history of the small hamlet. Met with adversity from the superstitious locals, she begins to wonder if they are keeping something from her. Searching through old boxes in the cottage, Grace finds details about Adam’s past unknown to her, potential explanations for his disappearance. A chilling mystery with a touch of the supernatural.

Into the Darkest Corner
by Elizabeth Haynes

Catherine Bailey meets Lee at a local bar. The attraction is instantaneous, and they embark upon a whirlwind of a relationship. Not long into the relationship, Lee begins to exhibit signs of jealousy and anger. He enters her apartment when she’s at work, rearranging her possessions. He fakes a break-in, causing Catherine to feel vulnerable in her own home. When their lovemaking turns rough and Luke begins to abuse her, Catherine turns to her friends for advice. Her friends adore Lee and insist that their relationship is going through a rough patch. When the abuse continues, Catherine attempts an escape. Fast forward four years. Lee is in prison for nearly killing Catherine. Catherine is just a shell of her former being, now a victim of post-traumatic stress disorder. She has an obsessive routine of checking the locks on her doors and windows. Eventually, at the encouragement of her attractive, single neighbor, Catherine begins to seek treatment for her anxiety. Just as her life is returning to normal, she receives news that Lee’s term has come to an end and he will be released. Will she return to the cowering shell of a woman she once was or use her new-found strength to finally stand up to the man who nearly killed her? 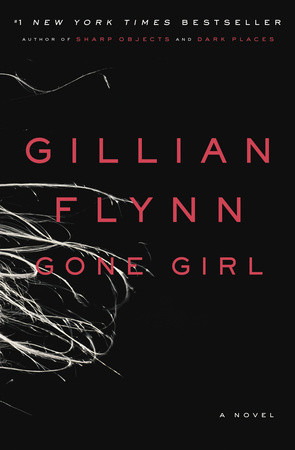 In a small town in Missouri, Nick & Amy Dunne are celebrating their fifth wedding anniversary. After they both lost their jobs, they moved back to Nick’s home town to help care for Nick’s ailing parents. On the morning of their anniversary, Amy goes missing. Signs of a struggle are evident as well as evidence of something even more horrible. In an attempt to retrace the steps Amy took in the days prior to her disappearance, Nick follows the steps in the elaborate scavenger hunt she has arranged as she has for each of their anniversaries. As he follows each step, he begins to realize the symbolism of each of the locations. As people begin to suspect that the town’s golden boy is guilty for his wife’s kidnapping and possible murder after months of inappropriate behavior is revealed, Nick discovers a side of his wife he’s never witnessed — a side that is quite brutal and vengeful. As the chapters alternate between Nick and Amy’s points of view, it becomes hard to decide which of these characters can be trusted. Is Nick capable of committing such an act? If not, can the police explain where Amy has gone? A truly chilling psychological thriller.

The Orphanmaster
by Jean Zimmerman

In the year 1663 in the colony of New Amsterdam, orphan children have started to disappear. Blandine von Couvering, herself an orphan, and Edward Drummond, a British spy, begin looking into the disappearances. The list of potential suspects is quite lengthy, including the governor’s nephew, a demon-possessed trapper and the colony’s own orphanmaster. A budding romance between Blandine and Drummond forms, yet it is threatened by the danger in which they have become immersed. In the background of this historical thriller are rich period details and truly colorful and rich characters.